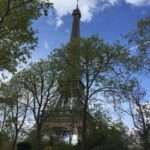 School examinations have brought a dislocation of classes as a single block of rooms is used as a place of silence. A religious studies class in a maths room; a geography class in a modern languages room. French phrases adorn the noticeboards in the languages room; for a monoglot English speaker, their soft sounds are a challenge. It is odd to feel intimidated by words on a wall.

Perhaps the sense of being intimidated comes from memories of the school careers officer who drove a little Citroen, perhaps a 2 CV, perhaps an older equivalent. She would be given a room in which to interview each member of the senior year, the interview being more a browbeating than anything resembling a dialogue. She had badly dyed hair and smoked Gitanes cigarettes through a cigarette holder. Yet she exuded no great sense of sophistication, a pretence at being sophisticated, maybe; but no-one was going to be very impressed by someone who spent her days interviewing the likes of us.

There was something more about the French that created a sense that here was style and elegance, while we were coarse and clumsy. Perhaps it was because they were the byword for fashion; after the Second World War they moved quickly to escape from the drabness of austerity. Perhaps it was because, in the mind of a schoolboy, France was the embodiment of the risqué. Whether it was Paris or the Riviera, the Left Bank and Saint Tropez were a world apart from the world of 1970s England. Perhaps it was just that France was foreign, and being our nearest neighbour was our first encounter with language and culture differing from our own.

Chiefly, though, the images of France that shaped teenage thoughts, that put Gitanes-smokers into a world other than that of John Player, were the black and white photographs. The people who looked at the lens seemed to occupy not just another country, but another planet. The photographs of the Tour de France are peopled by characters very different from those who stood on the terraces at English football grounds. The street scenes showed towns and cities not recovering from wartime bombing or heavy industrial decay. Everyday life seemed to have a different quality; three men pictured sitting at a table outside a café enjoying an evening glass of anis create an image very different from that of three men standing in a pub drinking pints of bitter.

All the same, though, when one says, “Gitanes”, there is a certain je ne sais quoi. 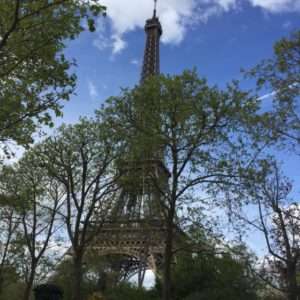