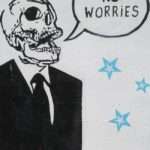 Using a YouTube video of the last five minutes of the film Atonement as a discussion starter, I outlined how the story had led to the closing dialogue. Well, I outlined that Briony, the character featured in the video, who had made false accusations against the man her sister loved, leading him to be sent to prison before being given the option to join the army, where he died at Dunkirk. Her sister Cecilia, was denied the happiness she might have known, and there is nothing Briony can do to atone for her wrongdoing, for Cecilia died in a bombing raid on London.

No mention was made of the crime of which Robbie had been accused, I had thought it simpler to simply talk of false allegations. Of course, the Year 9 students, far more streetwise than I, would have probably thought it odd that I had avoided use of the word “rape.” particularly as it was the first word used when I asked whether there were wrongdoings that could never be put right.

Looking back, perhaps the Year 9 students are no more streetwise than young people have always been. Perhaps it is one of the conceits of being an adult to think that there are matters with which younger people cannot deal. Looking back, even in early years there seems a capacity among children to cope with harsh realities, sometimes more readily than the adults responsible for them. Perhaps it is because children live more in the realm of facts than analysis; if things are, then they are, and there is not much that can be done about it.

BBC Radio 4’s Home Truths programme once carried a listener’s story from his day’s as a child in wartime London. His mother had been walking he and a friend of his to school when there had been an explosion in the street caused by a bomb that had fallen the previous night. The three of them had been showered in rubble, rubble which claimed the life of his friend. When the emergency services had arrived and they had composed themselves, insofar as that was possible, his mother had told him to run along to school and to say “sorry” to the teacher for being late.

The story seemed extraordinarily harsh, yet the person telling it thought that it was the best thing his mother could have done; they were surrounded by harsh realities, the best response was to try to get on. Perhaps avoiding realities when talking to young people does no-one any favours, neither then nor now. 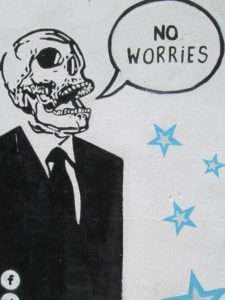