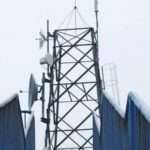 On his drivetime radio programme, Steve Lamacq spoke about a substance that grew thicker as it was stretched, “Tomorrow’s Worldy sort of stuff,” he commented. Steve Lamacq is of an age that would allow him to remember the BBC television programme Tomorrow’s World when millions of people would have watched each weekly episode. Tomorrow’s World was popular science; it discussed technology and inventions, and must have intrigued the large audience it commanded, for it stayed on air for thirty-eight years, from 1965 until 2003.

Perhaps “tomorrow” didn’t turn out in the way that some expected, perhaps some of the aspirations would now be regarded as almost laughingly simple, perhaps other hopes were never to be realised, but the programme was one filled with confidence and optimism. The presence of the genial, smiling Raymond Baxter gave the programme a feeling of gravitas, even the most quirky of contraptions was considered with polite approbation.

Science no longer seems to command the sort of popular audience it enjoyed in the days of Tomorrow’s World. It’s not that there is not plenty of science happening, the BBC website science pages are always filled with fascinating stories, but people seem to have lost the appetite they once had for stories from scientific fields about which most people knew nothing at all.

Perhaps the loss of interest is because we have come to take science entirely for granted. It is hard to imagine how an episode of Tomorrow’s World in the 1970s would have dealt with the concept of the smartphone, it would have been so far beyond the existing capacity of computers, and the budgets available for their development, as to have been considered something impossible for bodies other than governments. Perhaps it is also about a loss of confidence in the future.

The 1960s and 1970s were filled with so many advances in science and technology that there was an expectation that the progress would continue indefinitely, that there would continue to be stories as big as the Apollo programme and the development of electronic technology. Next year will mark the fiftieth anniversary of that first Moon landing, manned space flight since then has gone no further than it reached in 1969. Prospects of a return to the Moon continue to feature in the odd news item, but space exploration is not a priority. Technological development tends to be dominated by what will be profitable in the marketplace.

It would be good to be Tomorrow’s Worldy again, to have the confidence to expect that progress might be resumed. 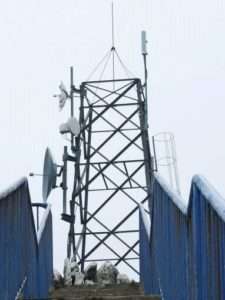