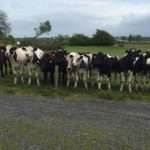 I used to try to work out how many bales of hay or straw there might be in the load and then try to work out the cost per bale. It didn’t seem to make economic sense. How could any farmer afford fodder at such a price? Sometimes the lorries were travelling on the motorways across Ireland, sometimes they would be coming from the Irish Sea ports. Who could afford to transport bales such distances?

One day I talked to a farmer about the long distance hay loads, wondering aloud how much bales cost by the time they were fed to herds. He looked baffled, then realised my confusion. “They are return loads,” he said. In terms simple enough for me to understand , he explained that a lorry returning empty from a delivery brought no income to its owners. Any load it carried, at whatever charge that could be made, would be better than nothing. Hay and straw were light and simple loads and even if their transport brought only a couple of hundred pounds, it was a couple of hundred pounds that would otherwise not be earned. It seemed logical. The charge for carrying the fodder might not go anywhere near to covering the cost of the journey, but it was better than nothing at all.

Making use of unused capacity, even at a fraction of what it might cost in other circumstances, seemed good business sense and a wise use of resources. It seemed a model that might be extended into many other sectors of the economy.

Local councils seem to prefer to allow business premises to lie empty, rather than accepting some income is better than none and lifting the burden of charges and allowing the premises to be used in such a way that they earn at least a modest income for their user and for the council. At a time when there is a massive shortage of housing, huge numbers of houses lie empty. Wouldn’t it make sense for their to be some pragmatic agreements between local authorities and property owners? Grants to bring houses into usage would be considerably cheaper than the cost of emergency accommodation.

Return load logic says that unused capacity earns nothing. The owner of a lorry might feel a degree of resentment at transporting bales at less than the cost of the journey, but can see the logic of doing so. Such hard-nosed logic would benefit everyone whose towns are run down and whose community cannot house its people. 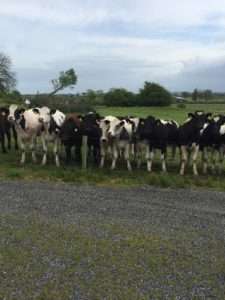