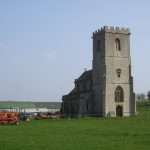 “The Archbishop of Canterbury, whose name escapes me at the moment, has said . . .” The speaker went on to talk about the church’s support for food banks, or was it the condemnation of the need for food banks? The class were indifferent to whatever it was that the Archbishop of Canterbury, whose name was unknown to any of them, might have had to say.

Perhaps the indifference of the students was unsurprising, mention of the church is sufficient for most of them to disengage, what was mildly surprising was that a senior teacher, conducting a religious studies lesson, was unaware of the name of the leader of the Church of England. The established church is disappearing: physically disappearing from both urban and rural communities as churches are closed and the presence of clergy ceases, and mentally disappearing, as it no longer exists in the consciousness of ordinary people. If the Church of England is to survive, it needs an epiphany.

The church marks the Epiphany this Sunday, 6th January. It is the day when the story of the wise men visiting the infant Jesus is told. The Bible story is found in the second chapter of Saint Matthew’s Gospel, it does not call them “kings,” that was a later piece of fancy, nor does it say there were three of them. The significance of the story was that it was a reminder that Jesus was a person for all the people, not just those who were part of the religious group from which he came. The alternative name for the Epiphany used by the church is “the manifestation of Christ to the Gentile,” it was about the focal figure of the Christian faith becoming known to outsiders.

“Epiphany” in contemporary usage is a sudden awareness or realisation, such awareness or realisation will be critical if the Church of England is to remain a national church rather than retreat further into being just an organisation with congregations up and down the country. The answer offered by the evangelicals, who have been in the ascendancy, has been to take the church down the path of of being exclusive. Church members have been told by things like the Alpha Curse that they must have particular spiritual experiences, yet even the vocabulary used by evangelical leaders is meaningless for most people.

The Church of England needs to grab the initiative, it needs to grab people’s attention. If food banks and poverty are an issue, then let the church divest itself of the palaces and historic houses occupied by its leaders and use the proceeds towards empowering the poor. If a lack of pastoral care in communities is a problem, then the Church might reduce the number of staff employed in diocesan offices and in administration and instead use the resources in providing care. Of course, it will not do so. The day is coming when the question will not be, “who is the Archbishop of Canterbury?” but will instead be, “what is the Archbishop of Canterbury?” 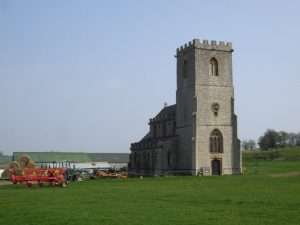