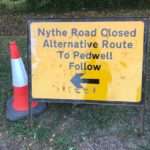 Roadworks have commenced in the M5 between Bridgwater and Burnham. Yellow signs warn of delays until July. With technology and machinery, it is a mystery how it can take six months to repair a short stretch of road. On one weekend in May 1892, one hundred and seventy one miles of track belonging to the Great Western Railway was converted from the broad gauge to which it had been built, to the standard gauge which is still used today. One hundred and seventy one miles of railway in one weekend – the line was closed on Saturday and Sunday of that weekend. The Great Western Railway would looked askance at the idea that the repair of a short stretch of a tarmac road would take six months.

This evening, emergency repairs to the section scheduled for repair led to lane closures. The motorway became a river of red tail lights, all of them moving very slowly. Google maps advised leaving the motorway and taking a country road. Of course, other people’s sat-nav devices had given them similar advice. Bason Bridge had to be crossed, with single file traffic, there were long delays on both sides.

Our dependency on the car has become absolute. In our small village, the closure of one small road last year meant a diversion of miles, but there was no other option; driving is the only way we have to get from one place to the other. Cycling and walking are fine options if you live in a city. In our deeply rural community, cycling is the choice only of very fit people who do not have far to travel. Walking for half an hour would not allow you to reach anywhere, even Langport is forty-five minutes of brisk walking.

Few people would choose to spend a significant amount of their time simply driving to and from work, and it is hard to imagine anyone would choose to spend time sitting in traffic jams, it’s just that car travel is a matter of necessity. Given that so many people must drive, it is hard to comprehend the anti-motorist policies of successive governments. Hiding behind the new puritanism of the green movement, massive costs are imposed upon car drivers who are driving for no reason other than a need to get to work. As with any indirect taxation system, the government levies on fuel and other motoring costs bear down most heavily upon the poorest in the community. Perhaps those taking decisions are oblivious to the burdens they impose, or perhaps there is a deliberate logic in imposing pain; if there is not, it is hard to understand how road works can take six months. 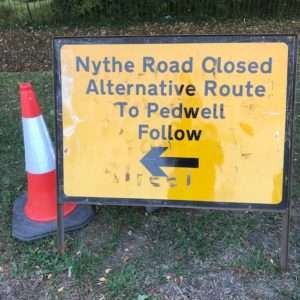