The Middle East has been the focus of lessons. Ideas about religious groups are firmly fixed in the minds of those in the class and it is a struggle to challenge ideas rooted in prejudice. Perhaps it would have useful to have given them photocopies of a page from Des Ekin’s book The Stolen Village.

The Stolen Village tells of a raid on Baltimore, Co Cork in 1631, a raid in which 107 people were taken away as slaves by the corsairs. Some of those captured in 1631 may have chosen never to return to Ireland, even when the opportunity arose, it’s easy to see why. Here’s Ekin’s description of a world very different from Western Europe in the 17th Century:

“Compared to European capitals, Algiers was a healthy city. Its cobbled streets were kept clean by an army of workers. In an era when Londoners emptied their bedpans into the street, Algiers had piped sewage and fresh running water – James Cathcart described this as ‘clear as crystal’.

Europeans ridiculed the citizens’ personal hygiene, with one Frenchman deriding the ‘foolish conceit’ of washing before meals.

Islamic medical science was far ahead of Europe, and had been for centuries. In Baghdad, a thousand years earlier, medical students had been taught the basics of modern anatomy, pharmacology and toxicology. From Cairo to Cordoba, doctors had diagnosed diseases as complex as meningitis.

Sophisticated anaesthetics had turned surgery into an art. Abulcasis, who died in 1013, described more than two hundred fine surgical instruments that could remove kidney stones, strip varicose veins, and excise cancer tumours. Islamic surgeons could even extract eye cataracts by suction through a hollow metallic needle.

While Europeans were tackling the Black Death through self-flagellation, physicians like Ibn Khatima had discovered that minuscule organisms could invade the body and cause disease.

And long before Jenner ‘discovered’ vaccination, Turkish women, were routinely using small doses of cowpox to protect their faces against smallpox.

A diet rich in vegetables also helped to promote health. The climate was kind and the fields produced prolific yields. According to the Spanish monk Haedo, Algiers had an ‘infinite number of gardens and vineyards filled with lemon, orange and lime trees [and] flowers of every kind.’

Even the weather was pleasant by North African standards. ‘The climate in this country is remarkably delightful,’ John Foss wrote. ‘The air is pure and serene’.

All these factors had a measurable effect on quality of life and longevity. Even then, Algerines were described as healthier and longer-lived than Europeans . . .

The Algerine slave trade left another type of legacy: the opening of Northern Europe to Islamic influences. Returning captives . . . must have brought back tales of an equal-opportunity society in which wealth and status was determined by ability rather than by accident of birth. These were dangerous ideas. For instance, Islamist ideals of equality may have indirectly influenced the creators of the American Declaration of Independence.

Eastern learning shook western science to its foundations. European scholars pored through Islamic writings, gaining insights into chemistry, mathematics, astronomy and medicine. Again, this was dangerous knowledge. The English academic Dr Henry Stubbe (1632-1676), who openly admitted his debt to Islamic teachings, had his work suppressed and was jailed for heresy.”

It is not hard to imagine the response from some, it’s the facile “fake news” retort. “How do you know that’s not just something someone has made up?” Prejudice is always sure of its own illogical sources while dismissing those of everyone else. 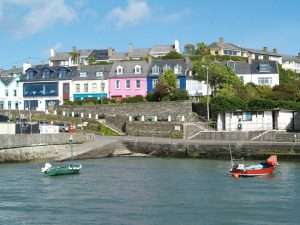