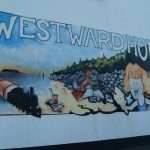 Talking about community ties in the Year 8 class, we discussed what groups or communities the students themselves belonged to or had joined. The most enthusiastic response came from a boy who talked about his four years playing trumpet in a band. There was a real enthusiasm and a warm humour in the experiences he described.

It was August 1975 and being fourteen years of age meant being caught between two worlds. The bars in the seaside town of Westward Ho! wanted no teenagers and no fourteen year old wanted to attend the campsite children’s entertainment. The feeling was shared at a neighbouring tent where friends of the family were camping.

My mother decided that those who complained at being bored should get into the car that her friend would drive and that we would all head off into the evening sun in search of adventure. “We’ll find a milk bar”, my mother suggested. Her look of doubt was matched by the scepticism of the bored; milk bars sounded like something from the 1950s and the chances of finding one in North Devon seemed remote.

Milk bars were as plentiful as unicorns and my mother’s friend decided some alternative was possible, a sign for a barn dance was spotted. This seemed a fate even worse than spending the evening at the children’s entertainment. The car headed through winding Devonshire lanes until a hall was reached. Surely no-one would have gathered at such a hidden away spot?

The hall was filled. Big farmers in suits, women in frocks, a live band, the sound of country music. Soft drinks and sandwiches were included in the entry. My mother and her friend joined with enthusiasm in the dancing. The bored teenagers were of that generation which never learned even the simplest steps of dancing and we could only sit and watch. The sound of The Crystal Chandelier being sung can revive memories of that evening.

It was an experience that has many times since served as a reminder that there are happy and vibrant worlds entirely other than the one which I inhabit, and of the power of music to bind people together. Perhaps there is some connection between music and community, perhaps they are part of something indefinable; perhaps music is part of the life of a community that is stable, secure and sure in its identity, perhaps it helps create such a sense of belonging. Perhaps the trumpet player would identify with such experiences. 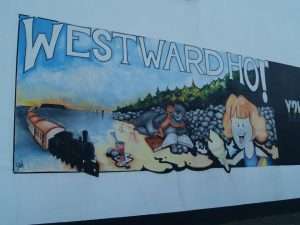