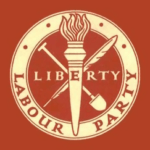 Bo-Bo is a new term to me. A diminutive of Bohemian Bourgeois, it is a description of those who have come to dominate the political Left. Bo-Bos engage in identity politics rather than class politics. Bo-Bos pursue the politics of gender and sexuality, of race and ethnicity, of single issue groups, rather than looking at the politics of class and wealth and power.

The British Labour Party has become a party of identity politics; sometimes it can seem to those among the disempowered and the marginalised to to be a party more concerned with a range of minority groups than with the broad community of poorer people. The traditional Labour Party symbol of the quill and the spade, intended to represent the party as an alliance of intellectuals and workers, has become increasingly irrelevant in a party dominated by the bohemian and the bourgeois.

The term may be new, the phenomenon has developed over decades. I remember going to Labour Party meetings forty years ago, in the late 1970s, with Arthur, a friend from Birmingham.

Arthur had come from a working class family, had left school before finishing his education, but had worked his way up the pay scale to have his own semi-detached house and a good white collar job at the headquarters of a major retailer. Bourgeois economically, he was still very firmly rooted in the community from which he had come.

At one branch meeting, there was discussion of government policy – the government was still that of Jim Callaghan and the winter of discontent was yet to arrive. A well-spoken middle class lady felt that the government should make spending decisions itself and not put money into the hands of working people, “the problem with many working class people,” she said, “is that they don’t really know what the want.”

Smiling, Arthur stood up, and declared, “This working class man knows what he wants!”

There was laughter in the room, but the words pointed to the real gulf between those who purported to speak for working people and the people themselves.

Jeremy Corbyn’s Labour Party fails to connect with millions of working people because the party has become dominated by ideologues for particular causes. In the face of a shambolic Conservative Party, engaged in an internecine conflict as bitter as that in the days of the repeal of the Corn Laws, the Labour Party should be in the ascendancy, instead it stumbles from one row to the next, as Bo-Bos strive for their own causes. 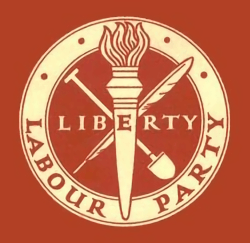