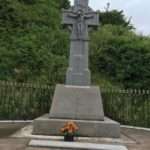 The 97th anniversary of the death of Michael Collins on 22nd August 1922 was commemorated at Béal na Bláth in Co Cork this afternoon. Speaking at the commemoration in 2016, President Michael D. Higgins warned listeners that approaching centenaries would not be easy,

“When the time comes, very soon, to commemorate those events of the early 1920s, we will need to display courage and honesty as we seek to speak the truth of the period, and in recognising that, during the War of Independence, and particularly during the Civil War, no single side had the monopoly of either atrocity or virtue.”

Acknowledging the truth of the period demands not only recognition of the compromised nature of both sides, it demands an acknowledgement of the secret histories – and such an inclination has not been apparent.

Five years ago, a conversation of a man who was then ninety-five years old had brought an awareness of how much had remained concealed. The man had been born in the summer of 1918, but retained the mental agility of someone years younger. He had spoken that day of a family he had known who had lived on a road leading to the bog at Monaincha where local people had cut turf.

“When we were children they would tell stories of seeing horses going down the road at night time with big loads on their backs. The loads would be rolled up in old carpets.”

“No, bodies. There was a deep pool in the bog. The IRA would weight the bodies and throw them into it.”

Hearing the story, there had been a large amount of scepticism. Hadn’t the IRA tended to leave their victims at the roadside as a warning to others? Hadn’t they attached notes telling people to “beware”? What value would there have been in people simply disappearing? Anyway, in a community where no-one could die without half the parish attending their funeral, how likely could an anonymous death have been?

Having read history books which described the Civil War adversaries as the “National Army” and the “Irregulars,” it was only in reading a biography of Emmet Dalton that the realisation had come that the term “IRA” might have been used by both sides in the Civil War, there were pro-Treaty IRA elements as well as the anti-Treaty forces. If the IRA had disposed of bodies, they might not have been those of people who had been used by the British, they might have been the bodies of people who had supported the Irregulars.

But perhaps it had not been the IRA at all, perhaps had suited the National Army to blame them for disappearances. It is when one looks at the casualty figures that the story of the disposal of bodies seems more credible. Estimates of deaths among the anti-Treaty forces vary between one thousand and three thousand. This is a huge discrepancy; anyone familiar with the close knot communities of rural Ireland will be sceptical at the idea that two thousand people could just be missing, presumed dead, unless there had been a large element of official collusion in their disappearance. What if the bodies rolled in carpets had been taken to the bog by government forces?

The honesty for which President Higgins had hoped still needs to be manifested if the centenaries of the 1920s events are to be observed with full knowledge of the facts. 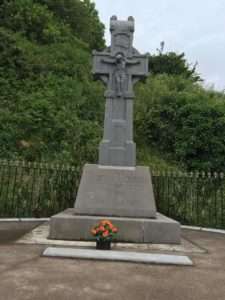