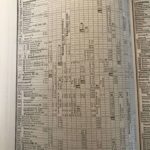 In childhood years, we thought the railway line that passed by my grandfather’s farm was the most important line in the country.

As a teenager, I remember someone from elsewhere challenging my description of the railway as “the Taunton to Paddington line.”

Undoubtedly, there were times when the train ran non-stop from Paddington to Taunton before going on to other places, but it became hard to imagine that there was once an express service from London to Somerset; hard to imagine thar Taunton station once required a multiplicity of platforms.

I remember a train journey that must have been long after that era, for the train had stopped at Castle Cary in east Somerset on its journey from the capital. It must have been winter time, for beyond the carriage windows there was darkness. Pulling out from the lights of Castle Cary, the British Rail diesel locomotive gathered speed as it rolled westward.

In former times, the progress along the line would have been monitored by the stations passed. There would have been the halt at Alford and the stations at Keinton Mandeville and Charlton Mackrell. In the daylight, the crossing of Somerton Viaduct would have been obvious, before passing the town’s station and going into the long tunnel. Emerging from the tunnel there would have been the little station serving Long Sutton and Pitney, then Langport East station, before Langport Viaduct and the flat moorland leading to Athelney. The cuttings after Athelney would have been passed before the train ran beside the Bridgwater and Taunton Canal, reaching Creech Saint Michael and then arriving in the county town.

Such a possible marking of the journey was long past, no station remained between Castle Cary and Taunton. The only certain landmark was the tunnel at Somerton; the noise of the train reverberating from the walls. Beyond that point, progress was hard to judge.

Not wearing a watch in those days and finding the passing of time hard to judge, there was a feeling that it was time to move my book-filled suitcase to the door. The 1970s British Rail carriage was sparsely filled; it was not as though there was a crowd to negotiate, but there was always an irrational fear of still being aboard the train when it pulled out of the destination station.

Clearly, judgement of time and distance was awry, for having slid back the door from the seating area to reach the open area at the carriage doors, there seemed an interminable wait before Taunton was reached. Feeling faintly ridiculous at having moved so early, and fearing that someone might wonder what had prompted such strange behaviour, I stared earnestly out into the impenetrable darkness, as if knowing something unknown to anyone else on the train.

Opening a 1922 edition of Bradshaw’s Railway Guide, recalled that journey, recalled the places passed in the darkness, and, confirmed what I knew as a child, being the first page of Bradshaw, our line was undoubtedly the premier line. 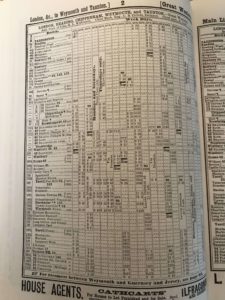