Victoria Barnett’s “For the Soul of the People: Protestant Protest Against Hitler” ought to be compulsory reading for those preparing for ordination. The manner in which Protestant churches avoided the truth should be taught in church history classes. The world knew of the genocide being perpetrated against the Jewish people in 1942. Emmi Bonhoeffer remembered that even Germans knew what was happening in 1942:

It was also the case that, when you reported atrocities, they would be denounced immediately as “horror stories.” I can tell a story that is very characteristic of this period. It was 1942. I stood in a long line to buy vegetables and said to my friend, “Now they’ve started to gas and cremate the Jews in the concentration camps.” The sales lady who heard that responded loudly, “Frau Bonhoeffer, if you don’t stop spreading such horror stories, you’ll end up in a concentration camp too, and then no one can help you,” Everyone heard her. I said, “It’s the truth. I think people should know it.” We listened to the British radio.

Dietrich Goldschmidt talks of meeting survivors from the camps in April 1945, but accepts that the knowledge had simply been repressed:

There, for the first time, I heard in detail how people had been killed in Auschwitz, that is, about the gassings …. But I have to repeat that, up to the point that I’ve told you, anyone could know who wanted to! I have to emphasize that, when people say, “We didn’t know anything,” then one has to ask, “Did you want to know?” Then the answer will be, “No, I didn’t want to know,” if they’re honest. For, if one had wanted to know, then one brought oneself into a dreadful situation. Then one’s con­science would have been summoned: Something has to be done. Or one would have had to say, in good conscience: “Now I can’t do anything. So it’s better that I don’t know anything. Then, at least, I can live this horrible life further”

Well then, Martin Niemoller occasionally said that if 10,000 pastors, in response to something like the Kristallnacht, had publicly and radically protested, then perhaps 10,000 pastors would have been executed and 10 million Jews rescued. But that is just a formal declaration, which is unrealistic, basically, for one can’t say whether it would have been that way . . .

. . . All of us were compromisers, somehow, one almost has to say that, even those who were consistent opponents Only in retrospect does one notice how one existed somewhat schizophrenically I was a pastor of the Confessing Church, and I never made any secret of that … but I always said, I am not against the state; I’m against this ideology. But basically one couldn’t separate the ideology from the state, since this ideology was the official state. And here one made compromises, and – it’s hard to say. I don’t know if I could do differently, if the situation repeated itself.

If the point of a Memorial Day is to learn from the past so that it might not be repeated, is there anything in Protestant theology that would motivate widespread protest against an evil regime? In the individualistic spirituality of evangelicalism, a spirituality that is rooted in personal religious experience and which takes little cognizance of the political world, is there anything to suggest that Hans Thimme’s fears are not well grounded and that we would not again stand by? Look at the political realities of our world and look at the Protestant churches; what signs are there that any of them would present any resistance to anything other than direct attacks upon themselves? Have they learned anything? 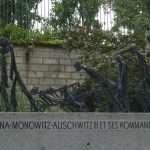