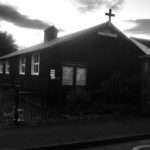 The academic year 1983-84 at Trinity College, Dublin: three theological lecturers remain in the memory, their lectures in a class apart from the others. Professor Sean Freyne and Professor John Bartlett were members of the university staff. Professor Jimmy Haire was based in Belfast and travelled down to Dublin each Thursday evening to deliver lecturers on Christian doctrine on Friday mornings.

White haired and with a glint in his eye, Professor Haire was seasoned and worldly-wise.

Meeting him once, to discuss an essay, he asked where I was living.

“Ah, Donaghcloney,” he said, with a smile. “Do you know there were two farmers leaning on a gate when a lorry went by with a wooden building on the back.

“What do you think that is?” asked one of the farmers.

“Ach, I wouldn’t be certain,” said the other, “it could be a chicken house, or it could be a new church for Donaghcloney.”

I was about to protest that Donaghcloney was a fine place, and it hadn’t nearly as many churches as some places around, but realized the point wasn’t about a particular village, it was about the society in which we lived.

Mission halls built from wood or corrugated iron dotted the countryside. One photographer published a collection of photographs of such buildings, the book was called, “Tin Tabernacles.”

Some of the buildings were the preserve of preachers whose concept of preaching was the Sunday by Sunday loud repetition of the same texts and the same assertions, there was little progress from the weekly denunciation of sin and description of the fate that awaited those who refused to repent. However, there were others where the congregations who attended Sunday by Sunday expected much more, they expected preaching that was instructive, that expounded Scripture, that inspired them in their lives in the week ahead, that spoke to the thoughts and emotions with which they had come to the meeting.

Sitting at the back of gatherings addressed by good preachers was always a memorable experience. Sometimes, it being a day when I was working, I would have been wearing a clerical collar, causing some who sat around me to look at me with suspicion. Paid pastors were often regarded as “hirelings,” as people who only engaged in ministry for payment, by many who belonged to evangelical assemblies.

A good preacher would draw in listeners, would demonstrate the Biblical foundations of their words, would work through the implications of the verses they expounded. A good preacher was like a good barrister, building a case step by step until the conclusion was proven.

In the dying light of an April evening, I passed a wooden church. Professor Haire would have smiled at recalling the conversation of the farmers. 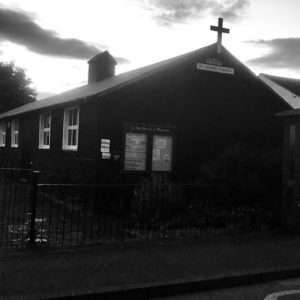