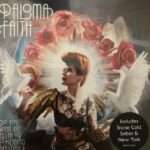 “Do you want the truth or something beautiful?” sang Paloma Faith. Her record was a Christmas gift from my daughter on our final Christmas in Dublin.

It was a question that seemed odd, could something be beautiful if it was not true?

Paloma Faith’s line was recalled by reading words from a biography of war poet Siegfried Sassoon where the words of Keats are recalled:

Beauty is truth, truth beauty, —that is all.

A complaint against Sassoon from his contemporaries was that he wrote of ugliness and violence and not of things that might lift the heart. His lines were often filled with hideous images, they troubled, they disturbed. It was not what was expected of a poet.

Philip Larkin faced similar accusations. A.N. Wilson once commented that the poet’s task was “to make the beautiful true and the truth beautiful, and that, sometimes, Larkin did neither.”

What Sassoon and Larkin did do was to transform unpleasant moments into insights into human existence; if the truth did not become beautiful, it at least was told in a way that had some meaning. The ugliness Sassoon described, the Western Front, was an ugliness that had been unparalleled in history, when Larkin captures ugliness, it is something more domestic, as in his poem The Mower.

The mower stalled, twice; kneeling, I found
A hedgehog jammed up against the blades,
Killed. It had been in the long grass.

I had seen it before, and even fed it, once.
Now I had mauled its unobtrusive world
Unmendably. Burial was no help:

Next morning I got up and it did not.
The first day after a death, the new absence
Is always the same; we should be careful

Of each other, we should be kind
While there is still time.

The death is an arbitrary moment, it is inadvertent, a matter of carelessness, but most of the harm we cause is similar. The harm we do is not the military slaughter of warfare described by Sassoon, it is the hundred hurts we cause in everyday life understood by Larkin.

Even those who would own up to harmful acts sometimes engage in a post hoc rationalisation. Who would not prefer to be thought calculating rather than plain stupid? Men, especially, will pretend an intention, endeavour to justify an action, rather than admitting that the failure to deal with base, animal instincts is at the root of the damage they have caused.

Larkin recognizes his part, his responsibility, in mauling the hedgehog’s unobtrusive world “unmendably.” If the hedgehog were a metaphor for our own destructiveness, how much unmendable damage has been caused?

And the death brings mourning, mourning as real the next day as it was the one before. Pain doesn’t go away just because time has passed; unresolved, it deepens and darkens. Years later, hurts arise, overshadow happiness, bring tears.

Be kind while there is still time? It is Golden Rule advice, unquestionable wisdom. But if we were wise, we would not be clumsy, we would not cause hurt that does not go away, we would have the humility just to say “sorry.” 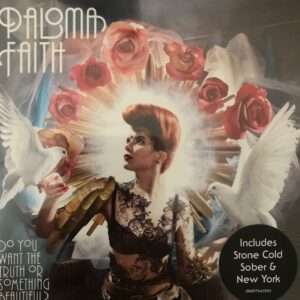