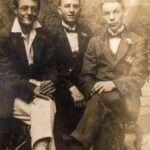 Instagram has been an encouragement in the grey times. The chance to see the daily pictures of the two hundred or so people whom I follow

Mobile phones have made possible the taking of endless pictures at no cost. A generation ago, and there would have been hesitancy at taking even a fraction of the number of shots that are now taken. How would we have afforded the film and the developing and printing?

In the late 1980s, I had a friend in Northern Ireland who was a very good amateur photographer, he even had a couple of exhibitions.

Inspired by his efforts, for a while I would photograph odd stuff. I liked splashes of colour and things with strong shapes. An excellent SLR camera could compensate for my ineptitude. I had photographs of gates to farmers’ fields, of roadside advertising hoardings, of street scenes.

The efforts came to an end. Partly, because it was expensive to get photographs developed, partly because they looked odd in albums, and chiefly because leaving the car unlocked allowed someone to make off with the camera (together with twenty Irish punts and an excellent bottle of Taylor’s port).

Since buying digital camera back in 2006, thousands of images have accumulated. Once, I would have had the best pictures printed, but I stopped, where would I have put the pictures of the random stuff I photographed?

Garrison Keillor’s book Radio Romance begins in the days when every word broadcast was weighty, when everything was carefully considered, when no opportunity to be on air could be treated trivially. But soon the airwaves are filled with countless words, with pointless words, with words used in a profligate way. The seriousness and the weightiness was lost.

I have a photo album of pictures of my grandparents when they were young. Looking at those photographs from the past: the stilted portraits, the occasional glimpses into daily life captured by a few skilled photographers, every picture counted. Now there are billions of images, pictures in over abundance. Like the devaluing of words, so there has been a devaluing of images, through the sheer number accumulated.

My Instagram account is filled with pictures caught in a hyperinflation of images. While enjoying taking the pictures, they will never have the value of photographic prints carefully placed in albums as a record of the passing generations. They will never be like those old black and white snaps of moments in a bygone world. 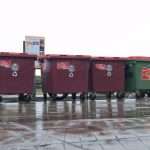 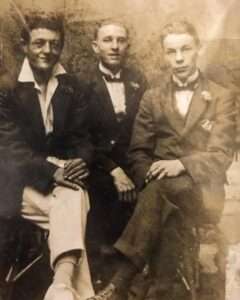