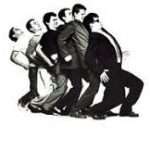 A Led Zeppelin fan, he had little time for music by other bands. Anything he disliked was dismissed as “pop music” or as “pretentious rubbish.”

The latter description was chiefly reserved for a rock group called Yes, of which Rick Wakeman was a leading member, and Genesis, the band of Phil Collins and Peter Gabriel. Such musicians would have been impervious to such comments, particularly from an impecunious sixth form college student whose regarded his views as normative.

Only years later did the thought occur that his vocabulary with which to comment on music might not have extended much beyond “pretentious rubbish. However, when you have no words at all, someone else having some words makes them an expert. It was hard to know what “pretentious” meant, what did he think the music was pretending to be? Could rock music pretend to be something it’s not?

Going to university in London, there were people whose critical vocabulary extended far beyond two words. Sometimes I would buy New Musical Express in the hope of finding the language to understand the students who used the opportunity of being at a college just off the Strand to go to concerts in all the nearby venues. It never worked, I was never any wiser

Reading Private Eye’s “Pseuds’ Corner” column, I would wonder if the NME reviews bordered on the point of being “pretentious”, but would never have dared to say so. What would someone from the sticks have known about such things?

There was music I loved, but would not have admitted. It would have fallen into the category of “pop music.”

Tamla Motown tunes could lighten grimy London streets; but what undergraduate in a left-wing college in 1980 was going to admit to being fond of Diana Ross and the Supremes? It was bad enough being seen buying a Blondie album in the Virgin Megastore in Oxford Street.

The other music that could always transform a situation was ska. For a brief period from 1979 until the early 1980s, the Two Tone bands filled the charts.

My friend would undoubtedly have dismissed them as being just “pop” bands, he could hardly have called them “pretentious.” Among the undergraduates, the smart middle class students in their New Romantic outfits would probably have thought ska was pub music. But there was an energy in the music that drove away the gloom of the outside world.

The lyrics were about the ordinary things of life and the beat was for dancing. You didn’t put on ska records to sit down and have intellectual conversations. For me, Madness were the best. Their rhythms drove out the thoughts of recession Britain. They could articulate the thoughts for which a nineteen year old working class kid had no vocabulary.

Seeing an advertisement for a concert by The Beat four weeks from now, I wondered if they would still be regarded as “pop music,” or that my erstwhile friend would now have shifted them to the category of “pretentious.” 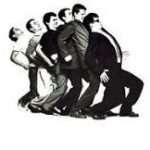