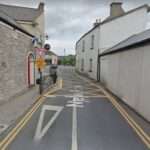 “If you knew the background story, you could see what progress was possible. Do you know anyone who could access the file and, without telling you what anything says, answer a “yes” or “no” question?”

I would have done. If I felt I was being misled, I would have sought an answer. Technical rules might have been broken, but common sense would have been upheld.

A road junction in the Irish midland town of Abbeyleix always seemed an illustration of the need to break rules to make progress.

Twenty yards short of the traffic lights on the Mountrath road into the town, there is a very narrow point in the street. A yellow box prohibited anyone from pausing at that point. To do so would have blocked the progress of oncoming traffic. Beyond the boundaries of the yellow box there was space for two cars to wait at the traffic lights.

It would have been a sensible piece of traffic management if the county council had not put a sign before the narrow point instructing that drivers should, “Proceed on green.”

An unquestioning adherence to rules would have impeded centuries of human progress.

Had there been adherence to ecclesiastical rules, we would still be buying indulgences and handing one tenth of our incomes to the church for it to store in whatever might be the 21st Century equivalent of a tithe barn. Only through wilful disobedience, was the Reformation possible. It was the Reformation that paved the way for the evolution of modern capitalism and a liberal, secular society which allows the individual freedoms now assumed to be normal.

Obeying the rules would have meant the name of Galileo would now be unknown; had he accepted the wisdom of the bishops, how much longer would the medieval view of the universe have persisted? And not just Galileo, how many more scientists would have made the discoveries with which they are now associated if they had adhered to the laws, injunctions and conventions of their times?

The wisdom of childhood, that it is better to do what you are told, has often not been something that has served us well. If rules seem silly, absurd even, maybe it’s because they are. 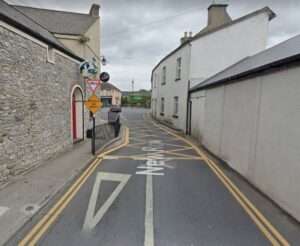