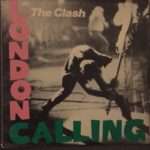 Looking down from the top deck of the Number 151 Bus, it seemed odd that a shop selling miscellaneous knick-knacks had “The Clash, 1977” on the door. It seems unlikely the name of an English punk band would have met with wide approval in the Dublin of 1977.

Perhaps punks were harshly judged, though. Never being a punk, never being an anything, I remember a sense of grievance at the perception of those who liked punk music.

I remember being eighteen. I had never been arrested, I had never received a warning, I had never even having had a cross word with a police officer and I stood and glared at the man who looked down at us from the upstairs window of a Taunton pub.

In the 1970s, Taunton was a country market town, it was the embodiment of shire respectability. Apart from the Glastonbury festival, which I had attended earlier that summer, Taunton was the only place in Somerset large enough to be considered for inclusion on the tour itineraries of bands that might be known.

So it was that The Stranglers were to play in the Odeon on a summer’s night, except that the local police had cancelled the concert at the last moment, leaving hundreds of people milling around the town centre.

“Are you opening this evening?” called a man from the street to the man in the pub window.

“I am said the man – after this lot have gone.”

He gestured in the direction of myself and the friend with whom I had gone to the concert. I might have suggested that we wouldn’t have wanted to go to a pub frequented by boring old men like himself, but said nothing.

Had the pub landlord been acquainted with The Stranglers, he would have known that Hugh Cornwell, their lead singer was considerably more educated and cultured than the image of the band might have suggested.

Once asked to name a song that had been influential in his life, Hugh Cornwell chose the track Killer Queen by the band Queen. Hugh Cornwell spoke of how the song represented everything he disliked in music, “it is so up itself.”

“This is what you wanted to destroy?” he was asked.

“No not destroy, this is what we wanted to set aside.”

Of course, they failed to set aside such music. Queen went on to achieve further massive success and the punk movement that Hugh Cornwell represented slowly fizzled out. Even when The Stranglers were at their height, disco music by bands like The Bee Gees continued to dominate the charts.

Punk, and the new wave of music that followed in it wake, was a break from the times of Abba and Elton John, but it never engaged more than a minority of the pop music audience. The punk couture of the King’s Road was for a middle class few. Punk provided a music and fashion culture for those disenchanted with the times, but, despite the lyrics of The Sex Pistols, it never posed a threat of anarchy in the UK.

I still have my records from the time, I still enjoy the anti-establishment sentiments of The Clash, but they were no more a danger to the social order than an eighteen year old standing in a Taunton street. 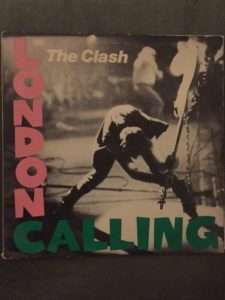