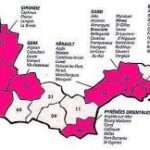 It is fifty years ago tonight that RTÉ Television’s Hall’s Pictorial Weekly included an item on plans to stage a bullfight at the Newmarket Festival in north west County Cork. The bullfight was to form part of the festival the following summer. The RTÉ pieces says that idea of staging a bullfight was inspired by the success of rat racing at the previous festivals, although the connection between the two activities does not seem clear.

A friend of Michael Flanagan is at present in Spain with an Irish veterinary surgeon to inspect bulls with a view to purchasing two of them for the bullfight. The expected bill of £3000-£4000 for two such animals will be met by sponsors and Michael Flanagan says the expense is justified as, “It’ll be the first time ever that a bullfight took place outside of Spain.”

Even in 1971, it seemed an odd comment to make. Anyone with an elementary knowledge of bullfighting would have known that bullfighting had travelled with the Spanish to Latin America and being able to justify spending £3,000-£4,000 fifty years ago would presumably have demanded some knowledge.

Nor is bullfighting simply a Spanish pastime, there are bull rings to be found through the south and south-west of France. 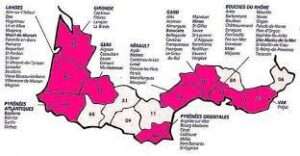 It is part of popular culture. As far east as the ancient city of Arles in Provence, corridas take place as part of local festivals.

In Death in the Afternoon, American writer Ernest Hemingway saw bullfighting as an elemental expression of life and death; it seems a refined view of something more visceral. It always seems sad to a sentimental Englishman like myself that such vibrant occasions are marred by the killing of animals. But when once expressing reservations, a friend asked me if I had ever been to an abbatoir.

A glance at the map of the French departments in which bull rings are situated would suggest that bullfighting is not the only elemental activity that draws large crowds, these are rugby playing communities. These are places where the municipal sports grounds may not have soccer goalposts, where the only ball that is kicked is oval-shaped.