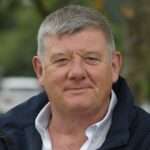 Moving back to Dublin and having no television has meant a recovery of the joy of The John Creedon Show. On weeknights from 8.00 to 10.00, John Creedon’ s eclectic selection of music is there to fill the room with sounds.

In former times, when driving 1,000 kilometres a week in the Irish Midlands, John Creedon was automatically present when the ignition key was turned during the evening, but why was the show only heard whilst driving? Why not in other situations?

There are pictures of homes in the 1930s and 1940s of families gathered around the wireless facing the set, a behaviour that seems as odd as having a television turned on and one’s back turned on it. Why did one need to look in order to hear? Few people now seem to listen to the radio while sat at home in the evening, but why is this so? How did certain behaviours become associated with listening and viewing? How did the attitude develop that one should only do certain things in certain places?

Perhaps sound and vision are more convincing, perhaps television is a more holistic medium and is thus preferred to radio. Certainly images matter, images convey messages that are absent from sounds.

RTÉ Radio 1 include a picture of John Creedon on the website page for his programme. His face is a face that gives the sound of his voice an authenticity, a warmth, a geniality.

John Creedon’s voice is mellifluous, it has a deep smoothness, it has a tone of confidence and a tone of reassurance, his face corresponds with the qualities shown in his face.

Perhaps the secret lies is in his capacity to appear as a diversity of people. The half smile points to an urbane character, someone unfailingly good mannered and gracious. It is a face that could be one of many Irish sportsmen, the front row forward from a rugby team, the seasoned GAA player. It is a face that would be at home in many places, from the plushest of Dublin venues to standing surveying livestock on a farm in Munster.

A face like John Creedon would give anyone an advantage in the world. 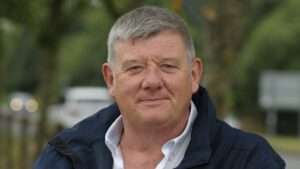