I put the box of teabags into the cupboard of the staff tea room. “I’m sorry,” I said to a colleague, “it’s Bewley’s Original Blend. Supervalu didn’t have any Gold blend.”

“Did you always drink tea?”

I should have said, “nearly always did,” for I remembered a conversation with Lionel, an old friend from days in the country.

“I would never refuse anyone’s hospitality,” he once said to me.

He must have caught sight of me screwing up my nose at the thought of tea in a particular house, for he told of taking tea and sandwiches with an old countrywoman.

“She cooked on an open fire; not even a range. The old kettle hung above the flames. She would have been sat with a cat, or maybe even a chicken in her hands. She offered me tea one day and picked up the teapot from the ashes at the edge of the hearth. Then she picked up the tea caddy and, never washing the hands, took out fingerfuls of tea, sniffed them,  and put them in the pot. She then put the teapot back down on the hearth and got hold of the kettle. She poured the water into the pot while still standing; half of it missed the pot and sent clouds of ash flying in the air.”

“Anyway, the tea was left to brew and she got a couple of old cups and put a drop of milk in them both; then she poured the tea into both cups. She put a spoon of sugar into one of them, gave it a stir and then tasted the spoon. It was not good enough, so she put another spoon of sugar in. She tasted it again and must have thought the cup of tea was all right, for she then handed it to me to drink.”

“She would have been in her early-90s at that time. She lived until the age of 98. I would never have been rude and refused anything.”

Mental arithmetic had suggested that the woman might have reached adulthood before the death of Queen Victoria. The story was a first hand account of a figure that might have appeared in a storybook.

More than that though, it spoke of an old Ireland where hospitality was a duty and where acceptance of that hospitality, however humble it might have been, was a recognition of the dignity of the person.

The story, and the many more he tells, should be recorded, not as oral history, but as a reminder of the ways of kindness and respect that are so easily lost. 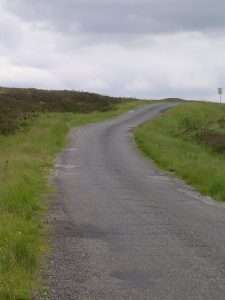