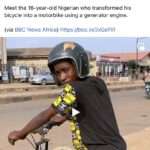 It was June 2009 and darkness had fallen as we reached a small town where the traffic was at a standstill. It was 6 pm and the curfew was being enforced – soldiers had blockaded the road to Bujumbura.

It was an anxious moment. My friend swung out into a short line of vehicles queued at a barrier where men with automatic rifles stood looking around uneasily. There was silence.

Suddenly a barrier was lifted. A pick up with an armed policeman standing in the back accelerated away, followed by a shiny jeep. Three vehicles followed, ours was the last of the line of five.

‘We must stay with this convoy.’

The car slid around wide sweeping bends; the speedometer showed between 80 and 100 kmh, far too fast for a Burundian road  in darkness.

‘Why are they going so fast?’

‘This is bandit country – but they will not trouble us.’

‘What would happen if the barrier had not been lifted?’

‘We would have gone to a guest house in the mountains, run by German missionaries.’

‘What if there was not that option?’

‘People have to decide what is cheapest – to pay for somewhere to stay, or to pay the policeman to lift the barrier.’

There were moments on the steep descent into Bujumbura when my friend seemed to struggle to hold the car on the road, a strange noise came from the wheels. Each time we swung through a bend there was an unhealthy grinding sound. The next day’s schedule was filled, so it would be Monday before the strange noise could be investigated.

On Monday morning, we drove into a shanty town with dirt roads and pulled up outside a shack which had car parts of various quality and vintages. The noise in the wheels would finally be checked.

Two teenage boys removed the front wheels of the car and made that teeth sucking sound that characterizes mechanics around the world. Heads were shaken and the situation pondered.

The car’s brake pads were worn entirely away. It was a miracle that we had not plunged off the road, disappearing into an African night, never to be seen alive again.

The young men brought out an oily box containing new brake pads and my friend nodded his approval.  With its wheels back on, the car was deemed ‘safe’ for the journey from Bujumbura to the border.

‘Who trained them as mechanics?’ I asked.

‘They learned by watching other people,’ my friend answered.

The BBC story this week of a sixteen year old boy in Nigeria who could not afford a motorbike so built one using his bicycle and an engine from a scrapped generator was a reminder of the extraordinary resourcefulness and ingenuity of African people. Nothing is wasted, nothing is thought obsolete. There seems nothing that is not put to numerous uses.

The profligacy of Western society must seem odd to young men who must teach themselves and live on their own resources. 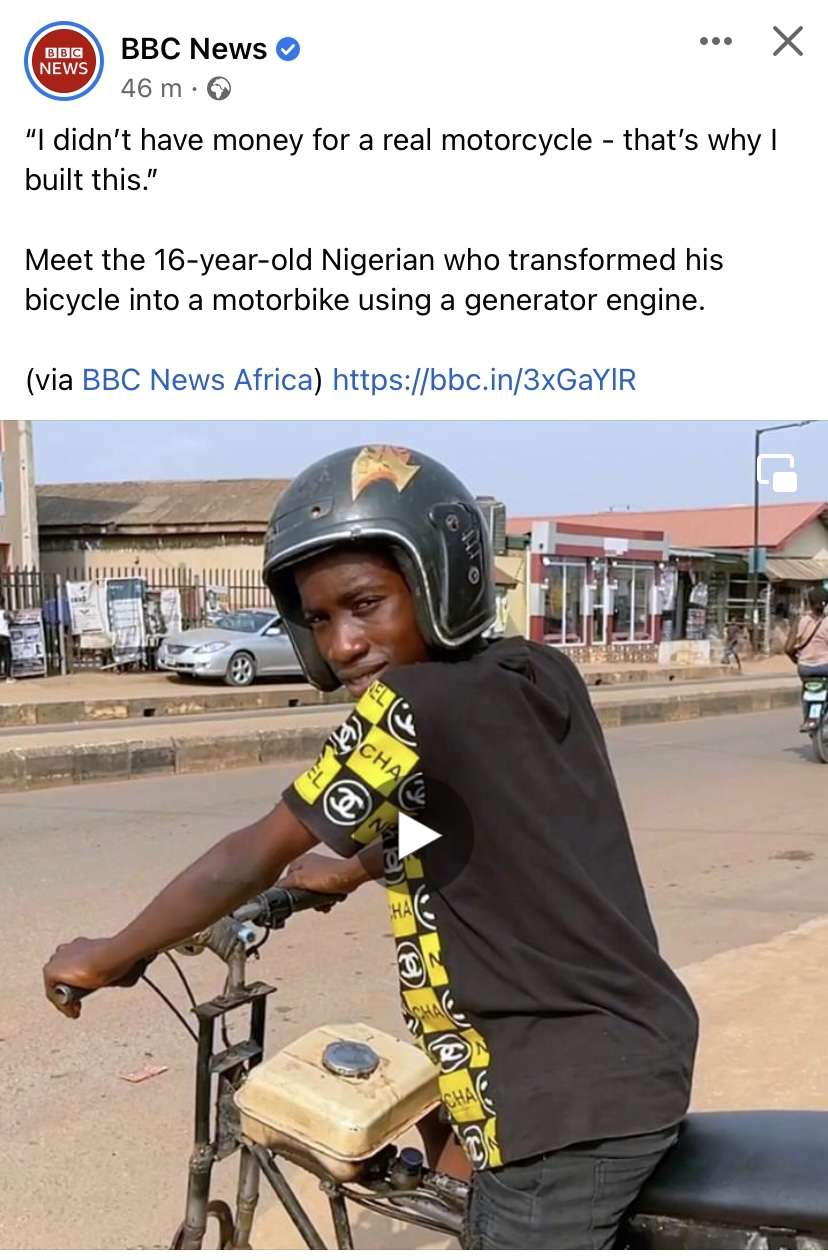