It’s odd hearing a cover of a Janis Joplin song being used for a Dior advertisement, not that many of many of the potential customers would probably know who Janis Joplin was, unless she was trending, or had millions of online followers.

It’s hard to imagine that future generations will be able to conceive of  life without the Internet. Will they ever know what it is like not to have information on anything and everything in the entire world at their fingertips?

Yet while bringing people together, it also fragments culture; the great icons of the past are not being replicated in our own time.

I remember pumping petrol at a country filling station on a summer’s day in 1978. The driver of the car stood leaning on the roof and looking towards me.

‘I’m surprised someone like you isn’t off seeing Bob Dylan today; I would be’.

Dylan was playing at some great festival somewhere on the other side of the country, more than that I knew nothing. The chances of me being there were about as likely as the chances of winning the football pools.

Where, in Somerset in 1978, would you have bought tickets for a rock concert?  When your window on the world was BBC Radio 1, how would you even have found out where tickets were on sale? Where did people go for such information in the 1970s?

The man drove off humming some tune.  Maybe he had been at the Isle of Wight in 1970, or whenever it was.

While we might never hope to attend a concert, we knew the icons.

The Sixties, so our college lecturers told us, were where it was at.  One English teacher would reel off names of rock stars, most of them dead, who would never be matched; the other liked to recite lines from Me and Bobby McGee sung by Kris Kristofferson.

There seemed a  merit in being dead – the works of Janis Joplin, Jimi Hendrix, etc were complete.  They would never attempt to sing for the changed world of the 1970s; neither Joplin nor Hendrix nor Jim Morrison would ever be a day over 27.  Janis Joplin’s giggle at the end of singing Oh Lord, won’t you buy me a Mercedes Benz will remain forever that of a young woman.

By the time of going to university in 1979, the sense of having missed the train of history was complete.  Seasoned lecturers at the LSE would look at us and talk of the student riots a decade before.  Sometimes the odd one seemed almost to despise us for a lack of radicalism.  College for us was about working hard to get a good job; it wasn’t about world revolution.

Maybe the lecturers were right in one way, though; there haven’t been the icons since. More than five decades after her death, Dior still finds an audience for a song by Janis Joplin. 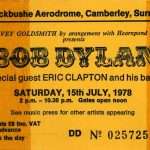