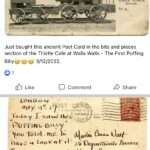 Facebook gives the opportunity of pursuing random fascinations, non-league football, French rugby, and trains form the bulk of the posts that fill the feed.

One post from a railway group this morning caught the eye, sitting drinking a cup of tea, I read and re-read it.

It seemed to capture a moment in time, to make timeless an interaction between an aunt and her nephew. Perhaps it also catches the spirit of a time.

The card asks so many questions.

Puffing Billy was already more than a century old, but had obviously intrigued young Brian Watt in his distant home in South Australia. Was there a picture book of locomotives in which it had appeared? Was there a teacher in his school who told classes of fascinated boys about the history of the railways?

Young Brian was probably a student at Prince Alfred College, the address of which is 23 Dequettville Terrace, so where was home for him? A card arriving in May would be arriving during the wintertime in South Australia, did it brighten up a schoolday?

Almost a hundred years after it was posted, the card had survived. It had meant something to someone. It had been kept safe when countless other things had been thrown away. Had young Brian Watts treasured the card for years afterwards? How had it found its way into an assortment on sale at the Thistle Cafe in Walla Walla, New South Wales? Was Walla Walla the home town for the Watts family? Was that how the card came to be found there?

And what about Auntie Rene? ‘You told me to have a look at it,’ she wrote. Her words sound like the recollection of a conversation with Brian. Did  she live in Australia? Had she gone to England for a visit? Was that how she came to be visiting the Science Museum? Did people travel backwards and forwards for visits? Even going by Suez, the journey must have meant weeks and weeks at sea.

And what about the postage? Just a penny-ha’penny to send a postcard from London to Adelaide. How quickly did post travel in those days? Perhaps mailboats moved faster than most vessels. but there must have been an interval of weeks between the card being posted in South Kensington and it arriving in Adelaide.

Perhaps there is a fascination in the world being reduced to dimensions comprensible to a human. The vast distance between London and South Australia being, for a moment, shrunk to the distance between an aunt and her nephew.

And it’s not just the geographical dimension that has changed, it’s the psychological dimension.  The card seems a declaration of optimism, of hope for the future. May 1927 was the month when Charles Lindbergh flew the Atlantic. It was a time filled with anticipation and expectation. 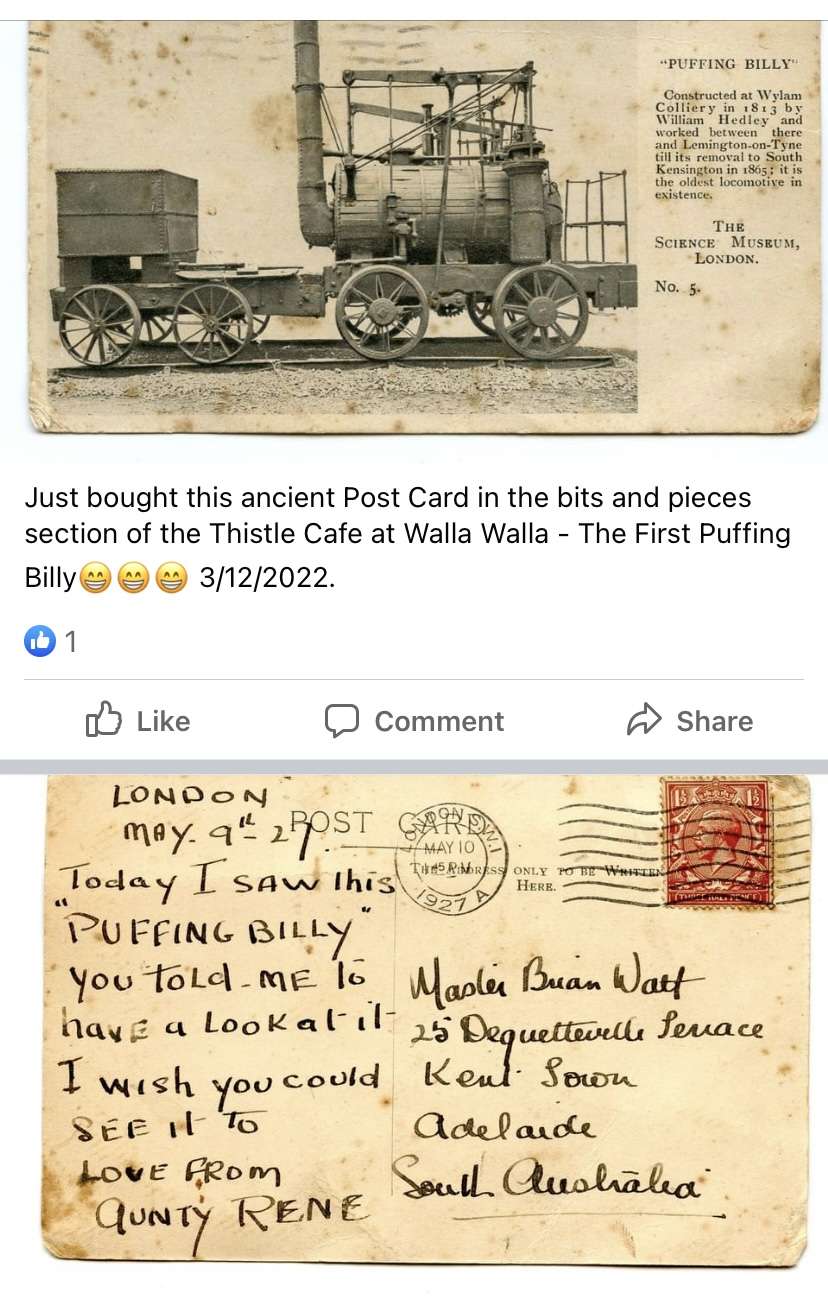