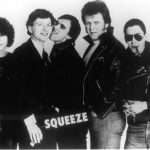 The British pop group Squeeze are playing in Dublin on Sunday night; were it not for the fact that Dublin is more than an hour away and that there is a harvest festival on Sunday evening, it would have been a concert to attend, really for hearing the playing of one song.

‘Up the Junction’ was part of the background music to the summer of the A levels and the transition from a provincial sixth form college to life at university in London. The song seemed to grasp the gritty social reality of big city life. I remember being determined at eighteen that I was going to take on the world head on; that the world of ‘Up the Junction’ would hold no fears.

Of course, it never turned out like that. Far from facing ‘Up the Junction’, becoming a member of a conservative church in Northern Ireland, the most conservative part of the United Kingdom, meant a move far away from the reality painted by the boys from Squeeze. Of course, there was the occasional brush with grittiness, but churches by their nature were place where people were literate and who generally conformed to conservative social norms. ‘Good living’ was the label of people who were especially religious (a label for which I never qualified); by implication, those who were not especially religious were bad living.

There was little real interest in engaging with the Up the Junction-type realities on our doorsteps. In one town, a meeting convened to discuss the problems of intimidation and violent behaviour by a group associated with a marching band and with paramilitaries brought the suggestion that if one of the band member became a ‘Christian’ then the whole situation would be changed. There were nods of agreement from the others present and a realization on my part that I was out of step with the world; that there was felt to be no value in asking questions about the conditions in which the young people were growing up, or about where they learned the sectarianism that provided a motivation for terrifying neighbours and burning out those who did not respond as they expected to the routine bullying and intimdation.

Moving south of the border, those who featured in the Irish equivalent of the world of ‘Up the Junction’ were nearly all outside our predominantly middle class community. Social realism in south Co Dublin did not have much in common with 1970s Battersea.

Playing Squeeze back via YouTube, there is a moment of regret for never having faced their world; never knowing what it was like to feel ‘Up the Junction’. 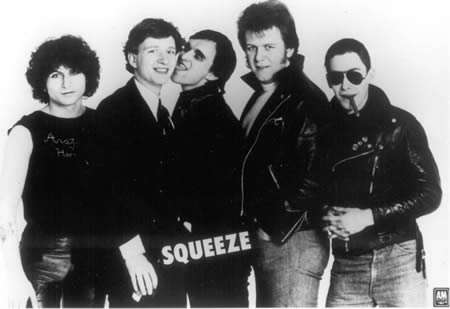