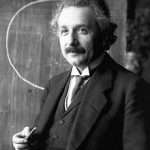 Progressing no further than a CSE in General Science, the realities of the world remained beyond mostly beyond comprehension – biology, chemistry, physics were beyond me, particularly physics. It was never a problem until encountering Erwin Schroedinger. Since standing at the grave of the Nobel Prize winning physicist in a little churchyard in the Austrian village of Alpbach and discovering that he lived and lectured in Dublin for fifteen years, I have sought to understand some of what he wrote about.

The attempt at understanding began with Marcus Chown’s excellent Quantum Theory Cannot Hurt You (which should be compulsory reading for anyone training for ordination. How can anyone talk about cosmological questions if there is no understanding of the nature of that cosmos?) It is meant to make the most difficult of theoretical physics accessible to non-scientists and while it didn’t actually hurt, it did cause considerable unease). It was followed by a string of other popular science books, the most recent being Chad Orzel’s How to Teach QuantumPhysics to Your Dog. Having a mathematical education that extended no further than the science education, the subject seemed to become progressively more inaccessible.

Even to the most ignorant of readers, though, there seemed to be one accepted concept, that Einstein’s theory of relativity dictated that nothing could exceed the speed of light. Quantum physics seems to rest on an Einsteinian understanding of the universe, so the speed of light as an absolute limit would seem to be an important foundation of its thinking.

This week’s story that physicists in Switzerland had fired neutrinos, tiny sub-atomic particles, at a physics establishment in Italy, and that they had reached there faster than the speed of light was greeted with some scepticism, one British scientist saying he would eat his shorts if it were proved to be true. But if is true, what theoretical prospects might it raise?

The Big Bang at the beginning of time brought a universe expanding at incredible speed, but presumably, the universe, and the gravity it brought into being, were subject to the light speed constraint? But what if there were particles like those Swiss neutrinos at the dawning moment of time? What if they moved faster than the universe, faster than the gravity that might have held them within its realm? What if they escaped? What might be out there beyond the edge? Will there be a new crop of books on physics beyond the universe describing worlds even stranger than the quantum world around us? 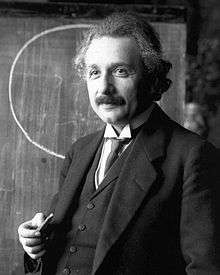