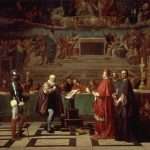 Reading Eli Pariser’s The Filter Bubble: What the Internet is Hiding From You on a French autumn afternoon when the temperature was touching thirty degrees Celsius, lines cited from Langdon Winner’s 1986 article, ‘Do artifacts have politics?’ seemed applicable to situations far removed from the advanced technological hierarchies considered by Pariser.

Pariser believes Winner’s critique of urban development and industry has deep relevance to the way in which the Internet has become structured by the giants that now dominate it:

Consciously or unconsciously, deliberately or inadvertently, societies choose structures for technologies that influence how people are going to work, communicate, travel, consume, and so forth over a very long time.

Searching out Winner’s work on the Internet, it shows a prescience in its understanding of how technology would unfold; it anticipates the sort of critique that Pariser provides:

Having visited the churches of San Vicente and San Sebastian in the Spanish city of San Sebastian earlier in the day, Winner’s question can only be answered in the affirmative; not only in the Twentieth and Twenty-First Centuries, but for hundreds of years before. If Google and Facebook are the villains of the piece with their alleged neutrality concealing a conscious decision to provide particular streams of news and information to particular people, then they are standing in a long tradition of deeply politicised artifacts.

Medieval churches may have been designed ostensibly to allow provide people with places of worship, but their architecture and furnishing speak of a hierarchical society where it was apparent who was dominant and who was dominated. Slipping into a pew near the back as people were leaving and listening to the pleasant music being played as the church emptied, there was no doubt what message would have been conveyed to those who would have sat in the same spot in centuries past. The sheer opulence of the building spoke of wealth and power, the steps rising to the altar at the front spoke of authority and control. The brave reforms of the church in the 1960s never entirely managed to remove the impression that the status of the church as an agent of social control was prior to any connection it might have had with a First Century Galilean tradesman.

Google and Facebook, and the other dominant forces in cyberspace, may have implicit political agendas, their supposedly benign policies might have less than benign outcomes; but, even if the Internet never fulfils the potential to which some people aspired, I would sooner live now, with companies who rest content with a strong bottom line, than in times past, with those who sought to control every dimension of public and private behaviour. 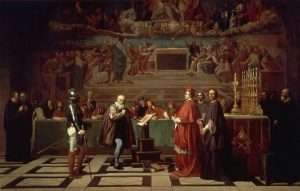