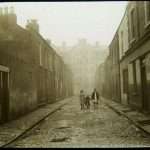 Watch television dramas set in Britain of the 1920s and 1930s and a certain impression of the times is easily created, whether it’s the dramatization of Evelyn Waugh’s ‘Brideshead Revisited’, the detective adventures of Agatha Christie’s Miss Marple and Hercule Poirot, or most of the other pieces of the period, the picture of the time is predominantly one of comfortable affluence (the one exception that springs to mind is the BBC’s ‘When the Boat Comes In’, set in a poverty-stricken community in the English North-East of the 1920s). There is hardly a suggestion, among the tales of big house society, of the industrial and social unrest 0f the 1920s and the Great Depression of the ’30s. While the period dramas were unrepresentative of the situation faced by the masses, they nevertheless reflected the realities encountered by Waugh, Christie and their contemporaries. There might be occasional passing references to what was happening in the political realm, but never enough to disturb afternoon tea or dressing for dinner.

The edited perspective on history crossed the Irish Sea at some point. A colleague, who abandoned his career in teaching, tells of an experience of a history class in a secondary school in a prosperous suburb. Discussing the Great Depression and the unemployment of the 1930s; the response of some of the students was disconcerting.

“My dad took up golf when he stopped work.”

“Yeah, so did my dad. He joined the golf club”.

“No, no, no. These are not people who chose to stop work, these are people who were forced out of work. Their jobs disappeared. There was no demand for what they were producing so their employer had no money to pay them so they were made redundant”.

“Well, why didn’t they just get another job?”

The teenage students could not comprehend the reality of former times. Like Marie Antoinette suggesting that the peasants who had no bread might eat cake, they believed that the appropriate activity in the absence of work was to engage in a more exotic alternative.

If history continues its predisposition to repeat itself, there will probably be those amongst that group of school students who are as affected by current financial crisis as the characters of Waugh or Christie were by the events of the inter-war years. The newspaper supplements, the style pages, the advertising features, hardly allude to the changed realities.

When the current times feature in a period drama in some future era, what story will be told? Will there be 21st Century equivalents of Waugh and Christie, telling stories of the affluent? Might ordinary people, for once, have a place in the story? 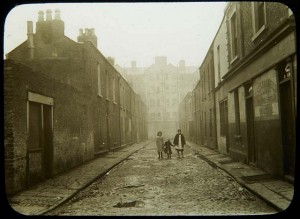