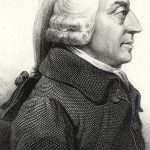 Tim Harford’s ‘Dear Economist’ column in the ‘Financial Times’ offered ‘agony aunt’ solutions to readers’ emotional and domestic problems. The solutions were frequently unconventional, sometimes off the wall, but there was an undeniable logic in their construction. Principles of economics were applied to situations that would otherwise have met with subjective responses.

If economic theory could be applied to an agony column, Harford’s approach to the resolution of church disputes would probably offer similarly unconventional answers. Free market economics might offer potential avenues out of an impasse.

The Church of Ireland has problems that would exercise the minds of a whole company of agony aunts, prompting each to offer their own subjective answer. The debate on the church’s place for gay and lesbian people is deadlocked with the protagonists on each side claiming their position is sanctioned by Jesus. If God is claimed to be on both sides, then a different way forward might be sought: ‘Dear Economist?’

In classical economics, the operation of the free market brings optimal decisions, but those decisions are not predetermined. It is the exercise of choice, the processes of supply and demand, that shape the outcome. What about allowing the free market to determine the sexuality debate?

Within the church there would be shouts of protest at such a suggestion. The church claims to have an a priori basis for its decisions, that there are principles set down in Scripture to govern decisions. Yet it is apparent that there is no agreement as which principles apply, and Scripture itself includes an appeal to allow a free market solution, to allow people themselves to decide. In Acts Chapter 5, Gamaliel, a member of the Jewish Council, suggests that the upstart followers of Jesus should be allowed freedom to act as they wished, if their movement prospered, then it was of God:

When they heard this, they were enraged and wanted to kill them. But a Pharisee in the council named Gamaliel, a teacher of the law, respected by all the people, stood up and ordered the men to be put outside for a short time. Then he said to them, ‘Fellow-Israelites,consider carefully what you propose to do to these men. For some time ago Theudas rose up, claiming to be somebody, and a number of men, about four hundred, joined him; but he was killed, and all who followed him were dispersed and disappeared. After him Judas the Galilean rose up at the time of the census and got people to follow him; he also perished, and all who followed him were scattered. So in the present case, I tell you, keep away from these men and let them alone; because if this plan or this undertaking is of human origin, it will fail; but if it is of God, you will not be able to overthrow them—in that case you may even be found fighting against God!’

If allowing the people to decide is appropriate in the Acts of the Apostles, why would the bishops wish to subvert that process? Let parishes take their own stance and let parishioners choose what sort of church they want; supply and demand, good economics. 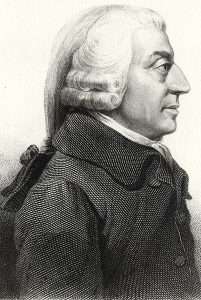