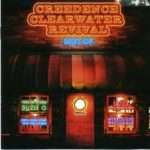 There is a taste from the autumn of 1969 that can be replicated more than forty years later. A daytrip to Silverstone racetrack was followed by sandwiches on the return journey. Parked in a town, somewhere like Cirencester, the food was easily visible by streetlight. Ham sandwiches were passed from the front of the car and the day’s business had created a great appetite. Biting deep into the white bread, there was a taste of thick mustard that repelled a nine year old palate. It would be years later before a ham sandwich with mustard would be eaten again, though the mustard is now something that is applied voluntarily.

Changes in taste are odd, sometimes inexplicable. Spending my late teens and early twenties as a real ale bigot; buying the real ale pub guide and despising anyone who did not drink warm flat beer, it came as a shock to go to a pub in England my early 30s and ask for a pint by a well known real ale brewer and feel the stuff was undrinkable. Buying pints of lager in Dublin bars, there is an awareness of being the person I would have despised thirty years ago.

It is not just food and drink, sitting in a restaurant yesterday, the thought occurred that a check shirt and corduroys with a brown tweed jacket looked rather rustic for Dublin 6. It would have been unimaginable to have been thus dressed in the ’80s.

Then there’s the music. Buying a stack of CDs at Trout Records in Dublin’s George’s Street arcade, the stallholder picked up the discs and said, ‘Now, what does a man of faith listen to?’

‘A bit before your time’. I said. He looked about thirty.

To be honest, most of the recordings were a bit before my own time. Grace Slick was with Jefferson Airplane singing ‘White Rabbit’ at Woodstock in the summer before the mustard eating trip to Silverstone. The chief memory of The Band is watching the film ‘The Last Waltz’ at the Freshers’ Week at the LSE in 1979; they were over before I had even set out upon the world.

Looking for a thread that tied together the changes of taste, the only one that emerged was a hint of a subconscious desire to move back in time; perhaps the music taste will regress further to rock and roll and jazz, the tweed jacket be replaced by a suit, and the ham sandwiches be superseded by hunks of bread with cheese and bottles of beer. 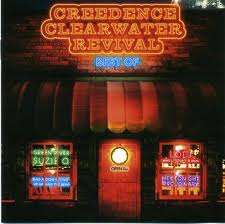