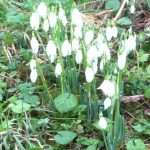 An afternoon of reassuring memories – snowdrops in the churchyard and the third round of the FA Cup: the snowdrops, a sacrament of springtime, the return of light and of warmth; and the FA Cup third round, that moment when the minnows meet the giants, representing the occasional triumph of unrealistic hopes over the oppressive steamroller of reality.

Listening to a radio report on the 2-2 draw between Macclesfield (from the fourth tier of English soccer) and Bolton wanderers (from the top tier), there was a sense of the old FA Cup magic still being present and memories of the scent of Bovril in the nostrils.

Being honest, I have no recall of ever drinking a mug of Bovril, but it has acquired mythological status in my consciousness. Its associations are standing on the concrete terraces of miscellaneous football grounds around England, terraces at the sort of grounds where Macclesfield might play. It brings the warmth of the camaraderie and laughter of those occasions; it spells the ease of Saturday afternoons with nothing needing to be done on Sundays. It goes with the smells of beery breath and sweat and the sounds of banter. It goes with the bone chilling coldness of damp English winter days.

It is so long since I attended a football match in England that Bovril may by now be as archaic as jellied eels and pie and mash shops. No matter; like the snowdrops and the FA Cup third round, it is the symbol that matters more than the substance.

Perhaps the working class world of Bovril and meat pies was never a secure environment; perhaps the men who stood around on the terraces had as many anxieties and fears as their counterparts in a new century who stand watching matches on a big screen in the local pub, but maybe there was a solidarity in those times that has disappeared in a fragmented society. The smell evokes happy thoughts, feelings of well-being and stability and security. It is evocative of an age when anything seemed possible; well, at least, anything seemed possible at the beginning of the match.

Perhaps things only become symbols in retrospect, perhaps it is only in looking backwards that we project onto objects or experiences meanings and associations that they never carried at the time; perhaps, thirty years ago, the idea that a mug of Bovril would attain some symbolic status would have been laughable, as laughable as the thought that, at the age of 51, I would take a picture of a clump of snowdrops.

Should I be granted another thirty years, I wonder what the symbols of security will be. Will there be objects and experiences from these times that I might remember if I ever become an eighty year old? Or is security something one can only feel when one is young? Once gone, gone forever? 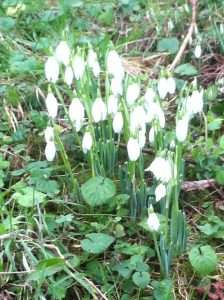