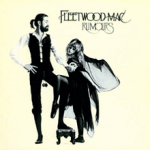 John Creedon played two tracks from the golden era of Fleetwood Mac, ‘Gypsy’ and ‘Little Lies’. He recalled that ‘Gypsy’ had come from the ‘Rumours’ album and that he had been at a birthday party in 1979 where the person celebrating their twenty-first birthday had been given no less than four copies of ‘Rumours’ by various of those invited to the celebration.

The story sounded odd. By 1979 in Somerset, I can remember no-one celebrating their 21st birthday. Maybe they did, by the time my class was 21, we were scattered to the four winds, but one’s 18th birthday was the big milestone. Being 18 meant that one could officially be in the pub where some of us had been since the age of 16; it meant being able to vote at the impending general election; and probably meant other things as well; whereas, being 21 did not signify much.

Odder than the celebration, which we no longer observed, was the attempt to remember what presents people took to an 18th birthday party. I could not recall anyone taking presents. What would we have taken? It was hard to remember what, apart from Fleetwood Mac’s ‘Rumours’, could have been taken to a birthday party. I remember being given ‘Armed Forces’ by Elvis Costello and the Attractions in 1979, (I still have it in pristine condition) but that was as an Easter present. Could we have just turned up empty-handed at birthday parties?

Birthday parties were in pub discos. The pub provided the venue and the DJ (and sometimes even the invitations) and the person celebrating provided lots of customers for the bar; perhaps being present at a party was a present to the person, it enabled them to celebrate at no cost. But would you really have arrived and said, ‘happy birthday’ and passed them by to go to the bar?

It’s not as though the options for presents were plentiful; if they were bought, surely they would be remembered? There were records, but what else? A bottle of wine in 1979 was something foreign and exotic – there were certainly bottles of Mateus Rose at student parties (a wine then considered the height of sophistication, but no-one would have considered it as a present, would they?) Maybe chocolates for a girl? Maybe jewellery, if the girl commanded a particular place in the affections?

It is troubling that it is impossible to recall anything taken by anyone to any of the parties, if there was money for drinks, then some sort of gift would have been possible. Perhaps we all took the same gift, and now prefer not to remember. Perhaps the sales of ‘Rumours’ were boosted by people who knew not what else they might buy. 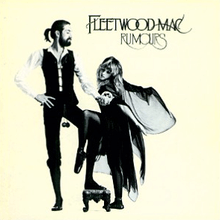