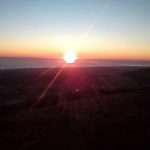 There was a chill in the air, but the morning was bright. ‘The first day of spring’, I commented to the lady.

‘So they say’, she said, ‘but I think there is still some winter to come. It’s cold out there this morning’.

‘But it’s not about the weather, is it? It’s about the light – the darkest season of the year is over’. The lady gave me the sort of look she might have given to a strange eccentric. To try to have explained what I meant would probably have only added to the sense that she had been confronted by someone very odd.

Met Eireann, the Irish weather service, would agree with the lady about there still being winter weather to come. Their definition of the seasons uses calendar months: winter is December to February; spring, from March to May; summer, June to August; and autumn, September to November.

So, if Met Eireann have spring starting on 1st March and astronomers have it starting a further three weeks later, how does the Celtic calendar have spring beginning today?

It’s about the light. The shortest day is usually 21st/22nd December. The quarter beginning on 1st November and ending on 31st January has the shortest day at its middle. It is the darkest quarter; it is winter. The quarter beginning on 1st May and ending on 31st July, with the longest day around 21st/22nd June, is the lightest quarter; it is summer. The Celtic festivals of Imbolc on 1st February, Bealtaine on 1st May, Lughnasa on 1st August, and Samhain on 1st November, may mark seasons of weather, but they are much more seasons of light and darkness.

The lady lived in the city, in that land of permalight where the lengthening and the shortening of the days sometimes passes without notice. Move deep into rural Ireland, and it becomes clear how today is the beginning of spring. The difference light makes can only be appreciated when it is not there. 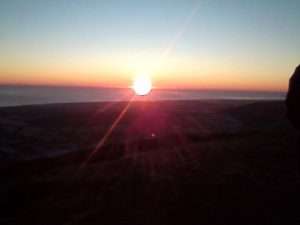