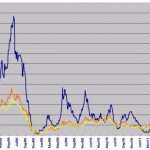 Susan Lee, an economist, explained the significance of something called the Baltic Dry Index. It was hardly earth shattering stuff, or was it?

What was the Baltic Dry Index about? Ms Lee explained:

If you were looking for the first signs of a turnaround in the fortunes of the world, then they should have come with the Baltic Dry Index. It’s not a market for speculators; you can’t order a ship to take goods from one corner of the world to the other in the hope that the following day you can sell the hire on to someone else to turn a quick profit. Ships are not like numbers on a computer or pieces of paper; they are very tangible, very costly, and very slow and steady in their progress.

The Baltic Dry Index fell calamitously at the end of 2008, losing something like 95% of its value as it dived from a high of 11,793 to below 700. But by March 2009, as a Bloomberg chart at the time showed, it had trebled since its low point:

Could it have been the beginning of a change in the fortunes of the world? Or was that just an irrational hope?

Turn the clock forward three years, and the Baltic Dry Shipping charts look altogether more pessimistic. There were peaks in 2009, but we seem to have slipped into a second dip: 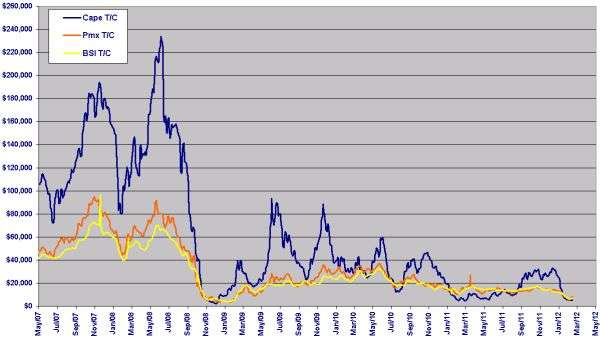 If orders placed for shipping to carry goods around the world are a barometer of the state of the economy, and by implication, a forecaster of how much money we have in our pockets, then things are looking icily cold.

This stuff is not just about charts or numbers, it is about human beings; about people losing their jobs, about families losing their homes, about hospital beds being closed, about school budgets being reduced. And, for the people at the sharp end of our world, it’s about survival, about whether or not you have enough to pay for medicine, or school, or, even, food.

There has to be a better way of running the world.