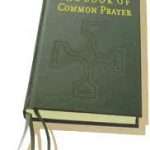 Time was when you could have easily spotted the Protestants today, we were the ones without black marks on our foreheads. In days when even the Taoiseach would have appeared in public with the mark of the penitential ash, Protestant brows remained resolutely clear.

Times have changed, there are even Church of Ireland bishops who now engage in the imposition of ashes. Some of us still hold to the conviction that such public displays are contrary to Jesus’ words, but we have moved on from such arguments.

Were all our old ways so bad, though? I was once in conversation with a man who thought Protestants odd.

‘I met this man one time and we agreed to meet for a drink after work and we had one drink and he said, ‘We must meet again sometime’ and he put down his glass and headed for home. Can you understand that?’

Protestants have not been great at parties. Brought up to sobriety; careful with money; and literal in recounting stories; we were not the best company for those looking for merriment, lavishness and laughter. Meeting for a drink after work meant meeting for a drink after work, had the man intended to go out for the evening, he would have said so.

Perhaps younger generations, with a looser connection to church, will be more relaxed and open-handed, perhaps their stories will be as lively as those told by others. Older generations, nurtured on the Book of Common Prayer and stern Church of Ireland services, would have been shaped by the catechism which was relentless in placing responsibility upon individuals:

My duty towards my Neighbour, is to love him as myself, and to do to all men as I would they should do unto me: To love, honour, and succour my father and mother: To honour and obey all that are put in authority over me: To submit myself to all my governors, teachers, spiritual pastors, and masters: To order myself lowly and reverently to all who are set over me: To hurt no body by word or deed: To be true and just in all my dealing: To bear no malice nor hatred in my heart: To keep my bands from picking and stealing, and my tongue from evil speaking, lying, and slandering. To keep my body in temperance, soberness, and chastity: Not to covet nor desire other men’s goods; but to learn and labour truly to get mine own living, and to do my duty in that state of life, unto which it shall please God to call me.

There was no real option in the Church of Ireland to go to confession and be absolved of one’s sins; if you had failed to live up to the standards set down in the Bible and taught in the catechism, then it was God to whom you would answer, and no clergyman could get you off the hook. It’s not that the Prayer Book did not provide for confession, it did:

And because it is requisite, that no man should come to the Holy Communion, but with a full trust in God’s mercy, and with a quiet conscience; therefore if there be any of you, who by this means cannot quiet his own conscience herein, but requireth further comfort or counsel, let him come to me, or to some other discreet and learned Minister of God’s Word, and open his grief; that by the ministry of God’s holy Word, he may receive the benefit of absolution, together with spiritual counsel and advice, to the quieting of his conscience, and avoiding of all scruple and doubtfulness.

It’s just that it is hard to imagine the sober and upright congregations who filled the pews each Sunday would ever have contemplated going to the Rector with anything but the most serious of concerns. It was much easier to have a simple bluntness in the first place, than to get mixed up with things that troubled the conscience.

The old Protestant mindset included many vices, selfishness, a lack of charity, spiritual arrogance and snobbery among them, but there were good qualities as well – qualities which it would be a pity to lose. 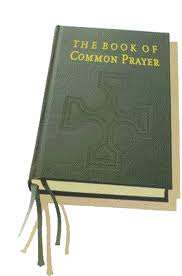