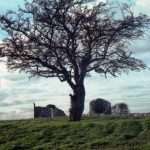 ‘You are not going to die’, declared the doctor.

Just as the mobile telephone company I use are happy to use the term ‘unlimited texts’ without adding any qualification, but stipulating in the terms and conditions that ‘unlimited’ actually means 2,000 texts a month, so the doctor obviously felt no need to qualify his comment by saying ‘for twenty years’, knowing that life’s small print would qualify anything he might say and that I would indeed die, though without the imminence that might have been possible.

But what if his comment had been an unqualified statement of fact, or one only qualified by a life expectancy comparable to the millennia lived by the elves in J.R.R. Tolkien’s sagas? What if life stretched ahead without a horizon and one could live it with the youthfulness of Elrond, lord of Rivendell, in ‘Lord of the Rings’? What if there was a chance to be have a Dorian Gray-like vitality without needing to have any picture in the attic? How much different would life be if it was open-ended?

Calling with a man on his 80th birthday in times when reaching eighty years of age was a notable event, I remember being struck by his words, ‘Ian, if I had known I was going to live until I was eighty, I would have lived my life differently’.

He had served in the Second World War, when life might come to a sudden and brutal end at any moment, and when there would have been little thought given to distant futures. Perhaps it was that experience that had prompted an attitude of being concerned about what was immediate and not looking too far ahead. The import of his remark seemed to be that he would have taken more time over doing the things he had done, and would have done more of the things he hadn’t done, if he had known there would be as much time available.

What would be different if the time perspective was changed? Money would, of course, be a factor; it would not be much fun living three millennia or even 111 years and spend the whole time struggling for a living, but if one had the money, what prospects might be opened up if one had unlimited time?

I could spend centuries reading books (and, if I lived long enough, I might even see my native Somerset win the county cricket championship – something they have not achieved in the 121 years since they first entered it).

There’s all sorts that would be possible if one had long enough to wait.