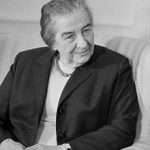 The lady herself would have dismissed those responsible with well chosen withering words; laziness was not something readily tolerated by a woman who only slept four hours a night. It’s hard to know where the mistake crept in, but to constantly repeat it demonstrates either a lack of historical awareness, or just plain slothfulness on the part of the writers.

Some five years ago the Daily Telegraph, a cheerleader for the lady in her glory years had slipped into the inaccuracy stating, ‘Margaret Thatcher was the Western World’s first female leader’. The mistake might be forgiven, it was in a promotional blurb for a set of DVDs about the former premier and advertising material is not always noted for its veracity. However, one might have expected the obituary writers to at least have taken a moment to reflect on what they were saying.

‘Western’ is not a geographical term, it would include Australia, New Zealand and Japan, it is a term applied to countries sharing particular cultural, political and economic characteristics. Taking ‘Western’ in those terms, Margaret Thatcher was ten years behind the first female leader.

On 17th March 1969, Golda Meir became leader of Israel, over ten years prior to Mrs Thatcher’s May 1979 British General Election victory. The following October the people of Israel went to the polls, electing the Alignment coalition, led by Golda Meir to office.

Israel in 1969 was strongly European, many of its citizens having sought a home there after the horrific experiences of the 1930s and 1940s. It was, and continues to be, European in its sporting and popular culture links. Politically and militarily, it is undoubtedly Western.

Perhaps the obituary writers would concede Israel was ‘Western’, but not ‘major’, but if Israel is not a major power, then one wonders where Britain would rank. In geopolitical terms, Israel is far more significant.

Gold Meir was the first female leader of a major Western state; Mrs Thatcher may have been many things, but she ten years too late to claim the title.