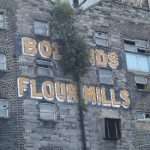 The 1913 Dublin lock-out, the largest industrial dispute in Irish history involving 20,000 desperately poor workers who desired the right to form trade unions, is one of those moments written out of history. In Ireland, Unionist and Nationalist politicians in 1913 wanted no distractions from the question of whether or not Ireland would become independent; in Britain, politicians were preoccupied with the growing tensions in Europe, and, so, Dublin workers did not feature in the major debates.

Poverty in Dublin was extreme, tens of thousands living in appalling tenement accommodation, infant mortality running at 142 per 1,000 births (i.e. one baby in seven died), tuberculosis being rife in the poor districts; what is surprising is that the unrest was not greater. While the workers’ hopes for better pay and conditions were to be unfulfilled, the principle of being allowed to organize was at least established.

It might have been expected that working class people would have been able to build on the experience of the lock-out, to have ensured that in the new Ireland that came in 1922, the working classes would not be overlooked. The constitutional question had been settled by Irish independence, now there was the opportunity to deal with the types of political issue that were paramount in most European countries. Instead, the 1921 Treaty brought a civil war and the formation of pro- and anti-treaty parties. Working class people organized, but never achieved the level of influence necessary to ensure the issues affecting them were addressed.

Thirty years after the lock-out, the Dublin working classes have completely disappeared from Taioseach Éamon de Valera’s vision for Ireland. In his Saint Patrick’s day address on Radio Éireann in 1943, he articulated an aspiration for an Ireland which made no reference to city dwellers:

The Ireland which we would desire of would be the home of a people who valued material wealth only as the basis of a right living, of a people who were satisfied with frugal comfort and devoted their leisure to the things of the soul; a land whose countryside would be bright with cosy homesteads, whose fields and valleys would be joyous with the sounds of industry, with the romping of sturdy children, the contests of athletic youth, the laughter of happy maidens; whose firesides would be forums for the wisdom of old age. It would, in a word, be the home of a people living the life that God desires that men should live. For many the pursuit of the material life is a necessity. Man to express himself fully and to make the best use of the talents God has given him, needs a certain minimum of comfort and wealth. A section of our people have not yet this minimum. They rightly strive to secure it and it must be our aim and the aim of all who are just and wise to assist in that effort. But many have got more than is required and are free, if they choose, to devote themselves more completely to cultivating the things of the mind and, in particular, those that make us out as a distinct nation.

Driving through rural Ireland last night, among the homesteads, fields and valleys, on the car radio there was an RTE Radio 1 broadcast, a programme on ‘Strumpet City’, James Plunkett’s novel set against the background of Dublin from 1907-1914. In a year that marks the centenary of the lockout, it is an apt choice for Dublin’s ‘One City, One Book‘, yet listening to Plunkett’s description of the life of Rashers Tierney, it seemed nothing had been learned. A hundred years on, government tax increases and cuts bear down most heavily upon the most vulnerable, and working people have not achieved the power necessary to protect themselves.