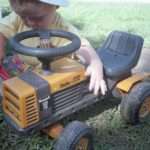 Perhaps it was the emptiness of the house, perhaps a sense of loneliness, the reading of Sebastian Barry’s On Canaan’s Side had to stop at the foot of page 185.

‘Mr Nolan used to read to Ed at night’, says Lilly Beere. ‘He possessed an old volume of Winnie the Pooh, and they liked to read that together. I would hear them, in the American evenings, so unlike Irish ones.

‘One night, when Ed was about eleven, going in to give him a kiss goodnight, I found Mr Nolan sitting on Ed’s bed. The both of them were weeping. Or rather, Mr Nolan was shedding a dark tear, and Ed looked blank and stunned. They had just got to the end of the book. Christopher Robin, Ed told me, was going off to boarding school, and Pooh wanted to know if he would still exist when Christopher Robin was gone.

‘It’s about the end of childhood’, said Mr Nolan inconsolably.

Sebastian Barry knows his readers; he knows who would read page 185 and understand perfectly the feelings felt by Mr Nolan.

In that moment in the closing paragraphs of The House at Pooh Corner, Christopher Robin’s days of doing Nothing with his cuddly toys ­Winnie the Pooh, Piglet and the rest – are at an end. He begs Pooh not to forget him – but we know that childish things are being put away. There is sense of childhood’s fleetingness, of life’s fleetingness.

The anguish of Christopher Robin as he tries to explain his going away and the incomprehension of poor Pooh are beautifully human and bring tears to the eyes of a sentimental cleric whose children grew up on tales of Pooh and Piglet:

‘Then, suddenly again, Christopher Robin, who was still looking at the world with his chin in his hands, called out ‘Pooh!’

‘I’m not going to do Nothing any more.’

‘Pooh, when I’m – you know – when I’m not doing Nothing, will you come up here sometimes?’

‘Pooh, promise you won’t forget about me, ever. Not even when I’m a hundred.’

‘I promise, he said.

‘Pooh,’ said Christopher Robin earnestly, ‘if I – if I’m not quite’, he stopped and tried again – ‘Pooh, whatever happens, you will understand, won’t you?’

‘Oh, nothing.’ He laughed and jumped to his feet. ‘Come on!’

So they went off together. But wherever they go, and whatever happens to them on the way, in that enchanted place on the top of the Forest a little boy and his Bear will always be playing’.