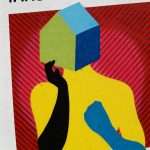 What is surprising about stories surrounding the United States National Security Agency’s monitoring of mobile phone calls and Internet use is that anyone was surprised that it was happening. Isn’t that what security agencies do? If something is possible, then someone will do it.

It’s not as though the NSA is going to be interested in 99.9% of the material, or even 99.99%. Who is having an affair with whom, who has been accessing pornography on their computer, who has been sending compromising emails, it’s hardly the stuff to ring alarm bells. There might be very rare occasions when, if one was in the security services, one might use the content of an email to apply pressure to someone reluctant for such content to be exposed, otherwise the dull details of people’s private lives must make for exceedingly boring times in the NSA.

If the NSA’s activities seem like the work of ‘Big Brother’, then George Orwell’s Nineteen Eighty-Four should reassure those who fear private details of their lives might have been revealed. Orwell anticipated a time when the majority of people would believe that being allowed to have sex with whomsoever they wished and having access to pornography would mean that they had freedom: Big Brother is not interested in curtailing such freedom.

Orwell writes of the proles in Nineteen Eighty-Four, ‘Heavy physical work, the care of home and children, petty quarrels with neighbours, films, football, beer, and above all, gambling, filled up the horizon of minds’. Big Brother was not worried how promiscuous they might be, and, through the activity of the Ministry of Truth’s Pornosec, provided pornography which many young men bought, believing themselves to be engaged in illicit behaviour.

The NSA is hardly more interested in the Internet activity of the overwhelming majority of people than Big Brother was interested in the activity of the proles. Surveillance is, overwhelmingly, no more a curtailment of freedom than a lifeguard on a beach is a curtailment of the freedom of sunbathers. Provided we are no more dangerous than the proles, no-one will disturb us.

Following the news stories, the significant question to be asked is not whether surveillance takes place (and anyone who uses Facebook, or other social media, will know from the advertisements that their content is being monitored), but what constitutes a threat to national security and who makes that judgement. Shrill tales of scary men in the shadows watching every text, email and web search do nothing to protect our freedom (Orwell would probably have suggested that such stories assist the development of Big Brother, diverting attention down sensationalist channels).

Freedom includes having the capacity to decide what it means to be free, and not having that decision made for us by agencies subject to neither open debate nor  scrutiny.