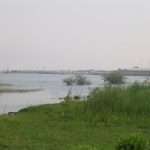 Standing on the beach at Bujumbura on a July morning in 2009, it seemed odd to see docks at one end of the shoreline; where on Lake Tanganyika would one sail with a cargo ship? What other cities lay on the lake? What trade might there be between them?

‘Where is the freight from? I asked my companion.

‘The sea’, he said. He obviously noted an expression of puzzlement; even with very limited geographical knowledge, it is easy to be aware that the sea is a long way from Burundi. ‘There is a railway in Tanzania, it comes from Dar-Es-Salaam’.

What might a rail journey across the vastness of Tanzania be like? Once I had travelled across the country by road, from the capital to the shores of Lake Malawi. The journey had taken two days and had demanded hours of travel in darkness, something difficult on unsurfaced roads. Was the railway a recent innovation? Hardly, it would have demanded huge investment. Who had been responsible for a line that provided an overseas connection to one of the poorest countries in the world? In a region where tarmac roads were frequently beyond budgets, a railway line would be the stuff of dreams.

The visit of a friend with an enthusiasm for railways on Friday provided an opportunity to peruse a pile of books bought at an auction for €20. The books ranged from technical manuals to a book of colour photographs of steam trains. The ‘Railway Year Book’ for 1923 offered an insight into a world long gone. Flicking through the pages near the back, brief information was provided on railways around the world, on page 317 appeared:

The Central Railway, in conjunction with steamboat services, had provided a direct route to the Belgian Congo. A brief Internet search confirmed that, ninety years later, the same railway performs the same function.

It is odd how circles sometimes close in unlikely ways.