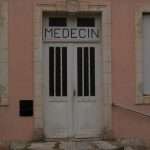 The autumn of 1974 seemed the worst of times; the asthma had become chronic, chest infection followed chest infection and the prescriptions seemed to come in quick order. Reduced to a pale shadow by bronchitis, days would be passed reading whatever books might lie around and reading newspapers from cover to cover.

The horse racing coverage in the sports pages seemed always interesting, it was nothing to do with the horses, it was the numbers that wove a spell – the form and the odds and the starting prices. Hours could be passed going through each racecard and trying to pick winners.There was little coverage of the racing on television, in 1974 there was little of anything on television, but the following days paper would carry full results. Careful selection allowed a profit on the imaginary bets on most days, a profit that would have seemed much larger if there had been someone to explain that one’s stake money was returned with one’s winnings.

Dr Ingram had been our family doctor for decades and when the asthma was especially severe he would arrive at the house with his wisdom and his old leather bag. Once he even appeared unexpectedly, peering in through the window to announce his arrival; he had just been passing. Dr Ingram would have time to talk about which horses might have won.

How was there so much time? Why were we so unhurried? Was the medical practice very small? Were people healthier? The National Health Service was but a quarter of a century old, perhaps the demands upon it were less severe.

Was Ireland different from England in 1974? Whatever provision for health care the state may or may not have made, whatever was lacking in the system, the stories in the community are of doctors who cared for families for generations and who seemed to have infinite amounts of time.

Years in parish ministry have been a lesson in how little one knows and how important it is for people to go to professionals with the appropriate skills, so it seemed sensible to suggest to someone that they might talk to their GP about a situation. ‘I tried to, but the nurse was walking in and out and there was a line of patients outside’. So the situation remains unresolved with the potential to worsen.

The doctor concerned is good and conscientious, so there must be something different from the setting in which Dr Ingram worked. Perhaps there are more patients, perhaps they are sicker, perhaps situations are more complex, perhaps the administration is colossal, whatever the answer, not having time to talk only exacerbates situations.

A perfect health care system would seem to demand the best of medication with Dr Ingram to administer it.