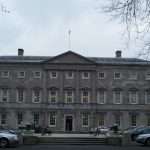 Do scandals really just ensure nothing changes? Does the anger aroused by the Anglo Irish Bank tapes simply assist those intent on keeping things as they are?

Was Dario Fo right in 1970 when he wrote of scandals as no more than a ‘liberating burp’, a political antacid that rids the body politic of troubling indigestion? Think of the political scandals that spring immediately to mind and ask which of them brought any fundamental change.

Growing up on stories of the Profumo affair in Britain of the 1960s, scandal seemed to attach not to any policy a minister might have pursued, however damaging or detrimental it might have been, but to the conduct of their personal lives. The names of Christine Keeler and Mandy Rice-Davies are remembered long after the potential damage to national security that might have arisen through the relationships.

Salacious details of sexual relationships seem to be the sort of stuff that sells tabloid newspapers, so when one asks what scandals there were during the Clinton presidency in the United States, the Monica Lewinsky affair is what is recalled. Few seem to think it a scandal that half a million children died in Iraq because of the sanctions policy and Secretary of State Albright said it was ‘a price worth paying’.

Scandals do not change things, there might be resignations (though these can sometimes seem more analogous to a children’s game of musical chairs than someone sent to stand in the corner), but the system does not change. Watergate, the greatest political scandal of all, resulted in what? The vice president became president, there was no change of political ideology or culture.

Suggesting that scandals are deliberate would be going too far down the path of the conspiracy theorist, but sometimes they are convenient, sometimes they come at opportune moments. When recent opinion polls show the combined support for the government and the opposition parties in Ireland at barely more than 50%, they suggest a groundswell of discontent with the entire system; there is nothing, then, like a scandal to divert attention from the flawed politics.

The Anglo Irish Bank tapes will not change anything; the money will not be recovered; the political establishment will not be challenged. Whether anyone goes to prison is immaterial to the fact that the economy is still shrinking and the economic pain is getting worse. There may be understandable satisfaction if the Anglo heads end up on plates, but it will not change the big picture.

All the scandal does is to annoy you – but that is exactly what Dario Fo suggested. Anger can be cathartic, it gets rid of a sense of frustration, it gives one a sense of being in control of affairs. Scandal is a good political antacid, a burp of disapproval at individuals and all can carry on as before.