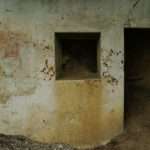 Reverse culture shock, that sense of becoming so accustomed to an environment, harsher, harder, even horrible, that returning home to things that were once familiar can be a shock. The stuff of everyday, ordinary home life can seem petty and inconsequential, when compared with the big realities of the world from which one has come.

Returning missionaries and aid workers have often articulated their sense of difficulty in readjustment to the ways of their former years. Coming from situations in which the matter of simply staying alive can fill the waking hours of a community, the material richness and trivial preoccupations of the place that had once been home can be a source of frustration and depression.

Perhaps soldiers were the first to experience reverse culture shock; a shock arising not just from their difficulty in adjusting to the ‘home’ environment, but in the difficulty the people at ‘home’ have in adjusting to them. Sebastian Faulks captures such a moment in ‘Birdsong’ when Stephen Wraysford stands in a London tailor’s shop, his uniform grubby from the Western Front.

Stephen saw the man’s eyes run down him and register his uniform and rank. He also saw, beneath his formal politeness, an involuntary recoil. he wondered what it was about him that repelled the man. He did not know if he smelled of chloride of lime or blood or rats. He reflexively put his hand to his chin but felt only a minimal scratch of beard that had grown back since he had shaved in the Hotel Folkstone.

The assistant in the shop is embarrassed at Wraysford’s presence, he is anxious that such a disturbing person should leave the premises as quickly as possible.

Wraysford has the presence of mind to realize that the fault lies with the assistant and not with himself, but what about the real soldiers? What about those who came back after 1918 to find there were no ‘homes fit for heroes’, and that there were many people who did not want to hear their stories? Reverse culture shock had not been recognized in the 1920s and thoughts of post traumatic stress were something still decades away.

After the horror of war there seemed the horror of memory – and the pain of realizing that people neither understood nor wished to do so.