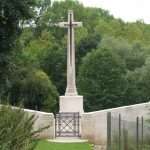 He sat with his hands on the arms of his favoured chair, reflecting on his ninety-five years. Tipping his head back and staring at the ceiling, he told a story that began at the middle. When one is ninety-five, perhaps one assumes everyone knows the necessary opening part of the tale.

“He was in the bed next to me in hospital and one evening he said to me, ‘I am going to sing a few songs’ and he raised his voice and he sang songs until midnight. There was a nurse outside the door and she just stood and listened. I’m not saying every note was perfect, but it was wonderful singing.

Anyway, the next morning, I looked over and there was no movement at all from his bed and I went over so see if there was a bit of life in him. I called the nurse and the screens went around him, but he was gone. It was great he spent his last night singing those wonderful songs.”

Even if they had known enough songs to do so, would anyone have been allowed to sing for hours in a hospital ward? Was the story true, or part true, or just the product of the imagination? Does it matter? Isn’t the real truth that this man felt his old friend had enjoyed a good end?

His neighbour, a handful of years younger, told of a brother who had gone to England to join the air force during the war. “He was a member of an aircrew and every morning he would go into the mess and there would be more empty places, men who hadn’t come back from missions, and he thought to himself, ‘I don’t want to end up dead, I’m going to ask for a transfer to a ground crew’. Anyway he went to his commanding officer and said what he thought and the commanding officer said to him, ‘Because you are from Ireland and are a volunteer, you can have a transfer.'”

There was a temptation to raise an objection ‘ Surely, everyone was subject to the same discipline’, but it was an odd story. Who would tell of someone asking to avoid danger? It was hardly heroic stuff. Perhaps the story was true, and, if it was not true, perhaps it was told to conceal another story, that the man was in some way unfit for flying duties; perhaps it seemed a better tale than saying his transfer was forced. Does the actual truth really matter? He had been a brave man to go at all. Isn’t what matters that his brother remembers him with admiration?

Old men told used to tell countless stories which might have raised questions, but we would have respected the bigger truth, that they wanted to think well of those whom they remembered. Our own time, with the constant option to Google every detail of every story, is one where we might instantly check the truth and, in doing so, forever lose the truth.