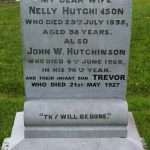 They had never had a second child. Their baby son had lived for only a few hours after he was born. He had been taken to the hospital morgue and his distraught parents had gone home. The hospital had contacted them to collect their baby. They had phoned a priest, but he had said there was nothing he could do for them; the child had not been baptized. The baby’s mother could not face going out, but his father had gone to the hospital and collected the child in a little white coffin. He had gone to the cemetery, where a grave had been opened, and he had buried his son. He had stood alone, unsupported, unconsoled.

Perhaps their experience explained the silence; why double the pain? Why would they have courted not only arm’s length treatment by the church, but also the looks and wagging tongues of the neighbourhood gossips? (And the gossips love nothing more than a tragedy as a subject for conversation).

A member of the clergy may however exercise discretion in refusing to read the burial service in full where the deceased died unbaptised.

In such a culture, it must have seemed easier not to mention the death of infants, not to dwell on the pain, allow people to think they had never existed, though the pain inside never went away. What thoughts went unacknowledged? What silences were observed? What things were left from stories?

Walking in the tranquility of a country churchyard on a summer’s afternoon, a headstone catches the eye. An inscription marking the death of a wife in 1935 and her husband in 1968, and, at the foot, in recent lettering their infant son who died in 1927. On the reverse, the death of the man’s second wife in 2008, and beneath her name, in equally recent lettering, their infant daughter in 1943.

Only in the past few years had the deaths of the two infants been committed to stone, given the acknowledgement they should have received more than seventy years ago; human beings denied the dignity of proper recognition by the logic of the church.

It too late by far for the grieving parents involved, but the headstone now stands as a monument to human dignity, the dignity of all humans. 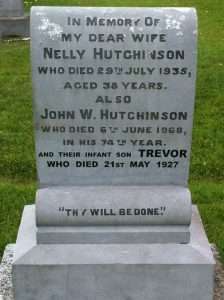 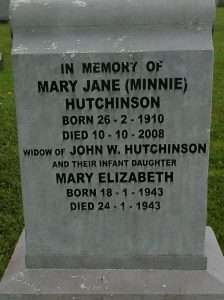