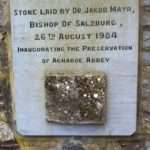 What does the word ‘martyr’ mean to us? Usually we think of it as meaning someone who suffers. Sometimes it is used in a casual way, we might hear someone say, ‘don’t make a martyr of yourself’. When used in a more serious way, it usually refers to someone who has suffered or died for the cause in which they believed. In politically divided places, one person’s martyr may be another person’s terrorist.

When we turn to the Bible, we see that the word ‘martyr’ had a meaning different from that which it has assumed in our times.

Looking at the King James’ Version, the word martyr appears just three times, in ways that we might expect. In the Acts of the Apostles Chapter 22 Verse 20, we read, ‘and when the blood of thy martyr Stephen was shed’. The book of the Revelation Chapter 2 Verse 13 says, ‘Antipas was my faithful martyr, who was slain among you’, while Chapter 17 Verse 6 speaks of, ‘the blood of the martyrs of Jesus’. When we look at the New Revised Standard Version, the word ‘martyr’ does not appear at all in the New Testament.

The word ‘martyr’ is so scarce in our English versions of the Bible because the Greek words ‘martus’ and ‘martures’ are translated as ‘witness’ and ‘witnesses’. Being described as a martyr was not primarily about suffering or death, though these might be a consequence of someone being a martyr, being a martyr was about being a witness .

Saint Luke writes in Acts Chapter 1 Verse 8 of Jesus’ very last words to his disciples before he ascended into heaven, “But you will receive power when the Holy Spirit has come upon you; and you will be my witnesses in Jerusalem, in all Judea and Samaria, and to the ends of the earth”.

“You will be my witnesses”, says Jesus, my martures, my martyrs. The focus is on their task in speaking of all they have seen and all they have heard. To be a witness, a martyr, is the first duty of the apostles. When the need to find someone to take Judas’ place as one of the Twelve arises, Peter is very specific about what their role is to be, in Act Chapter 1 Verses 21-22, he says, “One of the men who have accompanied us throughout the time that the Lord Jesus went in and out among us, beginning from the baptism of John until the day when he was taken up from us—one of these must become a witness with us to his resurrection.”

Saint Peter returns frequently to the thought of the disciples as witnesses, as martyrs. On the day of Pentecost, speaking to the crowd, he says, in Acts Chapter 2 Verse 32, “This Jesus God raised up, and of that all of us are witnesses”. In Chapter 3 Verse 15, he tells the people standing at the portico of the Temple, “you killed the Author of life, whom God raised from the dead. To this we are witnesses”. In Chapter 5 Verse 32, Peter speaks to the Jewish council, “And we are witnesses to these things, and so is the Holy Spirit whom God has given to those who obey him.”

Being a witness, a martyr, was about telling all people what they have seen and heard, so, in Chapter 10 Verses 39-41, Peter speaks to a Gentile gathering, the centurion Cornelius and his friends and tells them about Jesus, “We are witnesses to all that he did both in Judea and in Jerusalem. They put him to death by hanging him on a tree.” Jesus rose from the dead, says Peter and appeared, “not to all the people but to us who were chosen by God as witnesses, and who ate and drank with him after he rose from the dead.”

The duty of being a witness is emphasised by Saint Paul. In Acts Chapter 13 Verse 31, standing in the synagogue in Antioch, he tells the assembly that Jesus “appeared to those who came up with him from Galilee to Jerusalem, and they are now his witnesses to the people”. Describing his own conversion, in Acts Chapter 22 Verse 20, Paul says that Ananias spoke to him of Jesus and then said, “you will be his witness to all the world of what you have seen and heard.”

A martyr was a witness in the New Testament and sometimes being a witness could face violence for speaking of what they had seen and heard. In Revelation Chapter 2 Verse 10, the message to the church at Smyrna includes a warning, “Do not fear what you are about to suffer. Beware, the devil is about to throw some of you into prison so that you may be tested, and for ten days you will have affliction. Be faithful until death, and I will give you the crown of life “.

“Be faithful until death.” Revelation is not saying that being a witness, a martyr, is about dying; it is saying that a faithful witness, someone who speaks of what they have seen and heard, might face persecution and even death for their faithfulness.

From the first days of the Church, violent persecution might await those who were public about their faith in Jesus, sometimes for no reason other than public opinion, so we read in Acts Chapter 12 Verses 1-3, “About that time King Herod laid violent hands upon some who belonged to the church. He had James, the brother of John, killed with the sword. After he saw that it pleased the Jews, he proceeded to arrest Peter also”. James killed and Peter thrown into prison on what seems no more than a whim, suffering through their desire to be martyrs, to be witnesses.

It was through the experiences of those early centuries that the word “martyr” took on the meaning we now give it. Later writers would talk of Christians being “martyred”, it did not mean being witnessed, it meant dying for what they believed.

Martyrdom is not something confined to centuries past. During the dark days of Nazi and Communist power in Europe, there were many Christians whose witness for their faith brought them to a violent end. In our own times Christians still face persecution in many places. In strict Islamic regimes, for someone to become a Christian may bring a charge of apostasy against them and may result in the severest of punishments.

Being a martyr was never suffering sought for its own sake—it was intended as a witness to one’s faith.

In Ireland, Christianity arrived without bloodshed; there was no “red” martyrdom. When the monks sought ways to witness to their faith, there was the “green” martyrdom of those who went to live severely ascetic lives, subjecting themselves to harsh physical conditions and spending their time in prayer and reciting Scripture. For the course of European history, more important than the green martyrdom was the “white” martyrdom, those who left behind everything to head towards the white sky of the morning, to head from familiar fields into the unknown dangers of Europe in the Dark Ages, among them Feargal of Aghaboe, leaving this area and, in 784, founding the cathedral in Salzburg. The white martyrdom of those monks perhaps had the most profound and long lasting impact.

For most Christians, the days of persecution are past but the call to be martyrs in the Biblical sense of the term is one that is always with us. Jesus says to us, “You are witnesses of these things”. 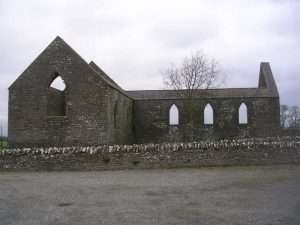