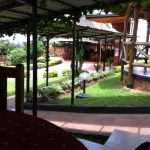 The barriers across the entrance road to the factory were firmly closed and the lorry driver was executing a three point turn. It was just after nine o’clock, maybe they closed up at nine; whatever was the case, he wasn’t getting in. Presumably he would return to the depot from whence he had come and make the delivery in the morning, presumably the driver would return home with nothing more than annoyance at having missed a delivery.

A delay, a cancellation, may mean missing an event, missing a connection, may mean major inconvenience, but, as is the case in most spheres of human activity, the extent of the inconvenience will depend on how much money we have in our pocket. Should a flight be cancelled, airlines must provide for the passengers, something experienced both in Europe and in the middle of Africa (the African hotel to which we were transferred to await another flight was considerably more luxurious than the one in Spain to which we were taken).

Of course, airlines will be held to account because their customers are all gathered in a single place and are people of relative affluence and influence. Did you ever hear of anyone driving a bus route when the last bus of the day was cancelled in order to ensure no-one was stranded?

An understanding of the equality of inconvenience came forcibly in the Philippine city of Baguio on New Year’s Day in 1991. The bus our group was to catch in order to travel to a village in Mountain Province did not arrive, there were mutterings that the driver must have over-indulged the night before.

“Tomorrow”, shrugged a man at the bus station.

A phone call was made, a taxi hailed, and we returned to the comfortable lodge in which we had celebrated the New Year. A day was spent visiting the city, eating in restaurants, and sampling local brews. The next morning we returned early to the bus station. Sitting waiting on the pavement there were people who had been there the previous day. Had they been here for twenty-four hours? If the only money they had was for their fare and for food from street vendors, their options for entertainment and accommodation would have been limited. they looked at us without a flicker of expression.

Travelling from north from Bujumbura in Burundi last year, our progress through a village was slowed by a lorry that had overturned, entirely blocking the road. Driving onto the grass bank at the roadside, our car squeezed past, but there would not be any possibility of the succession of lorries we had overtaken being able to do so.

“Until the lorry is moved”.

“How long will that take?”

“The drivers will have to stay with their lorries?” 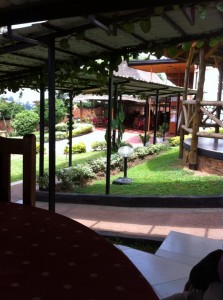