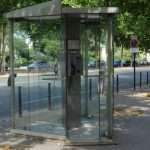 “Great news”, said the text, “now you can use your phone in Europe like you would at home for €3.99 a day”. Given the free Wifi available in much of France and a desire not to use the phone when on holiday, it is hardly great news, but is another step towards the atomisation of the sort of society in which most of us grew up.

Camping holidays in France in the 1980s would have been punctuated by regular calls home to reassure families that all was well in remote and exotic Brittany or the Vendee and that one had not drunk the water, nor contracted any illness, nor been robbed by bandits. The calls would have been made from campsite phoneboxes where one juggled a handful of franc coins and pressed “19” in order to get access to an international line, before pressing the national code and the phone number. Phoning home was a communal occasion, there would have been others waiting, it was not possible to avoid human company.

Interaction with flesh and blood human beings was the norm of everyday life. One went to the bank for money, to the post office to send letters, to the shops to buy things, to the library for books, to the cinema for films, to concerts to listen to music, to football grounds to watch matches, to friends’ houses to talk; everywhere one went, there were people.

Progressively, new technology is eliminating each sphere of human interaction. The contention that it creates viable alternative communities does not stand scrutiny. Online communities are as stable as the sort of assemblies of sub-atomic particles one might encounter in the sphere of theoretical physics, particles which might be there one moment and gone the next. Online, a person may become whoever they wish, claim whatever they like, say whatever they choose, their flesh and blood reality which might have inhibited such behaviour in former times becomes a relic of the old society in the virtual world many people now inhabit.

In the world of ordinary human interaction, our flesh and blood reality allows an appreciation of every facial expression, every nuance of speech, every gesture of body language; it allows a richness of conversation not possible in a mobile phone call, and certainly not possible in typed words and emoticons.

Technology is atomising us, separating us into single individual particles, turning us into customers, consumers, clients, but not communities.

Really great news would be a chance to actually be with friends for €3.99, that would be flesh and blood community building technology. Beam us up, Scottie! 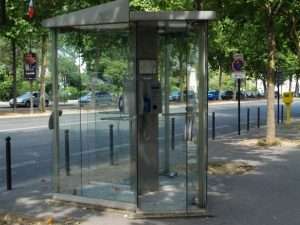