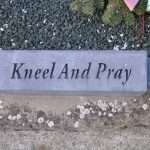 “Return to me with all your heart, with fasting, with weeping, and with mourning; rend your hearts and not your clothing” Joel 2:12-13

What does penitence really mean? Almost every act of worship begins with words of confession to God for our wrongdoings, words of repentance, of penitence, but how seriously do we take them? Are those words life-changing?

The Palestinian bishop, Elias Chacour once spoke bluntly to his own community about what repentance, turning around, being reconciled with God, and with one another, really meant:

“This morning while I celebrated the liturgy, I found someone who is able to help you. In fact, he is the only one who can work the miracle of reconciliation in this village. This person who can reconcile you is Jesus Christ, and he is here with us . . . So on Christ’s behalf, I say this to you: Either you kill each other right here in your hatred and then I will celebrate your funerals gratis, or you use this opportunity to be reconciled together before I open the doors of the church. If that reconciliation happens, Christ will truly become your Lord, and I will know I am becoming your pastor and your priest. That decision is now yours.’

When we join in the words of the prayer of confession, do we sometimes skim over them? Do we try to dodge to avoid the full impact of what is being asked of us? Do we try to avoid the realisation that being a Christian makes life-changing demands of us?

Elias Chacour was ministering in a community where the divisions were deep; where people attended services and professed a love for God, while holding on to a visceral hatred not just for other people within the community, but for others within the same church building. Only a head on confrontation would ever challenge the depth of feeling; allusions and oblique comments would have been taken as references to someone else. He sought to shock people into change, to approach the matter as directly as had the prophets of the Old Testament.

Have we ever thought about penitence in those Biblical terms? The prophets see repentance as more than something required of individuals, repentance is necessary for communities and even for whole countries.

Turning to the New Testament, we see Jesus beginning his public ministry with his baptism by John. Jewish people who used baptism as a sign of washing away their past and beginning anew; it was a sign of repentance, of a desire to get rid of the impurities of one’s former life and begin anew. The people who went to the Jordan to be baptized by John went for a baptism of penitence.

Baptism was not something undertaken once and for all, but rather was one that might be repeated if the penitent person felt it was necessary, but even that baptism was sought by those whose repentance was less than heartfelt. John the Baptist expresses anger at those who come seeking baptism, but have not changed in their hearts or their lives. In Saint Matthew Chapter 3 Verses 7-8, John tells the Pharisees and Sadducees that repentance should bring visible change, that it should be clear in their lives, he says to them, “You brood of vipers! Who warned you to flee from the wrath to come? Bear fruit worthy of repentance”.

The word John the Baptist uses there for “repentance” is the Greek word μετάνοια (metanoia) is a word used by Jesus himself in saint mark Chapter 1 Verse 15. Jesus declares, ‘The time is fulfilled, and the kingdom of God has come near; repent, and believe in the good news.’ Literally, “metanoia” means “after one’s mind”; having thought, or said, or done something wrong, one thinks back on it and says “sorry”.

We are called to rend our hearts, to turn around, to head in a new direction. “Return to me with all your heart” is God’s call through the prophet Joel. Returning to him with all our hearts means seriously looking at what divides us from God, and what divides us from others, and being wholeheartedly determined to remove whatever it is that blocks the way.